“dirigio” from the Latin, meaning “to direct.”

Sometimes I’d like to give some “dirigios” to people creating databases. And yes, I realize that’s not proper usage.

FamilySearch recently announced  an update in their Louisiana, New Orleans Passenger Lists, 1820-1945. The database links to actual images of the ship manifests made from National Archives microfilm copies of those records.

I was slightly confused when I located the entry for Andreas Schollmeyer who arrived in New Orleans in 1853. I had seen his manifest entry on microfilm before. But the name of the ship “Dirigio” was not familiar to me. 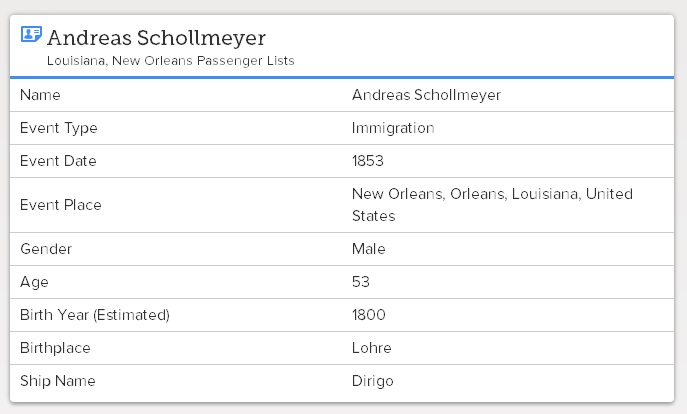 The image of the manifest was the one I had seen before. Andreas Schollmeyer and Marianne (his wife, although that is not stated on the manifest) are listed with their youngest daughter Elisabeth Schollmeyer. I had seen the image before as I was painfully aware of the torn image on part of the Schollmeyer’s entry. 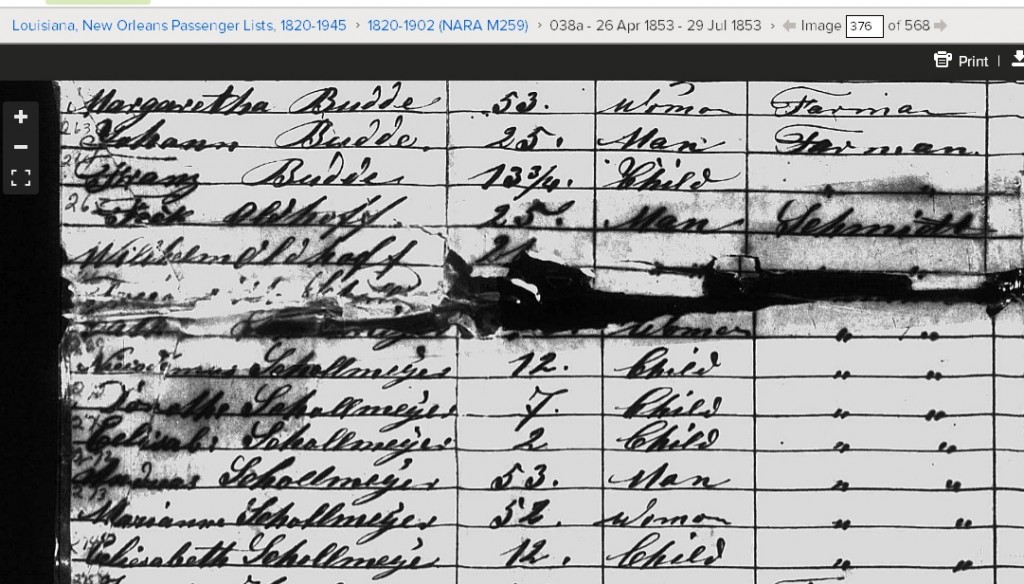 But the name of the ship still bothered me. Moving through the digital images of the microfilm, I came to the first entry where the ship’s name and date were listed. Sure enough Dirigio was not listed. The digital image of the microfilm indicated that the ship was named the Ernst Moritz Arndt. As soon as I saw the name of the ship, I remembered it. 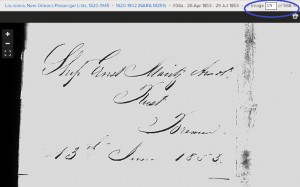 FamilySearch suggests the following source citation to their database:

I won’t use that precise form when I go to creating my citation. In fact, I won’t even cite the FamilySearch database entry for Andreas at all. Not because it is wrong, but because that’s not what I’m using. I’m using the digital image of the microfilmed copy of the ship manifest. In my case, the database entry took me to that image–it’s like using the index book at a courthouse and I never cite the index book when I have the actual records. I only cite the database (the first illustration in this post), if that’s what I use. I only use database entries to create source citations if I can’t get to the actual record or if the index contains some piece of information not on the original record.

I don’t cite the database when it contains something that is clearly wrong. I may make a notation in my records that the database has an incorrect piece of information in it.