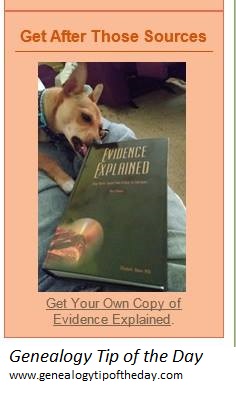 Publishing an image that one did not create can result in a potential copyright problem. The creator of an image–even a photograph on FindAGrave–has copyright to that image unless they’ve put the image in the public domain. It does not matter if the photograph violates the principles of composition, is blurry, or is so flooded by light that nothing can be made out. The photographer does not have to show any creativity other than park themselves in front of the stone and take a picture. The photographer or creator of the image still holds copyright as do the creators of most images (images made from other images is one potential exception).  That’s one reason many bloggers use images that have been put in the public domain (where anyone can generally use them) or to which they have purchased the usage rights.  There are many sites that contain public domain images that can be freely used or where certain restricted usage can be obtained at no or nominal cost.

I try and take a different approach most of the time.

The photograph of the dog and Evidence Explained is one that I took myself. I also created the extremely clever and artistic border that surrounds it. I’ve also taken to creating pencil or pen drawings to illustrate some of my blog posts as well. Sometimes it is faster than looking for an image that meets my needs. Sometimes it is because I simply can’t find an image that works. 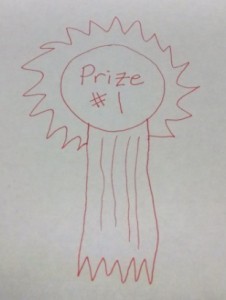 Other times it is because I am bored.

There will not be any prizes awarded to my work, but it is unique. . Sometimes the creation of an image is a welcome diversion from writing, particularly when I’m stuck on an idea or concept. I’m still getting “something done” while creating an image. Often by the time I’m done I’ve passed whatever block caused me to work on the illustration in the first place.

Postcards are not just a great source of illustrations, they can serve as inspiration for content as well. Just make certain they are of a sufficient age to where copyright is not a concern. Almost any postcard photograph can be grist for the blogging mill, all the writer has to do is take a good look at the photograph.

Postcards should be as identified as possible and the same rule applies for photographs that are used as illustrations. Make it 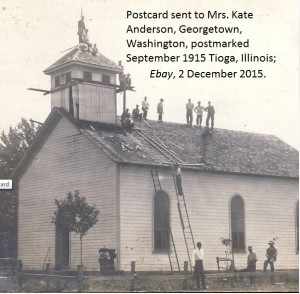 easy for your reader to know who is in the picture and when it was taken. Just make certain you’re not violating copyright law by using that photograph in the first place. Just because you own it does not mean that you can publish it.

As a last resort one always draw pictures of tombstones. That was the motivation for the final image in this post.

It’s hand drawn as well (which should be obvious) and perhaps the tombstones are fitting illustration with which to end this post. 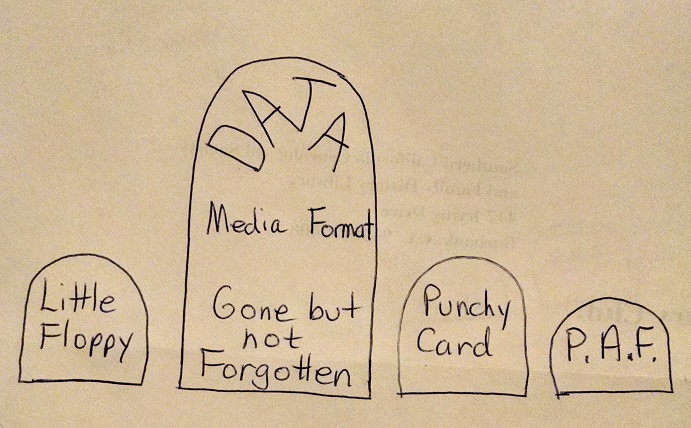