Newspapers will provide information never mentioned in a death certificate. Of course that doesn’t mean the information is correct, only that it was printed. 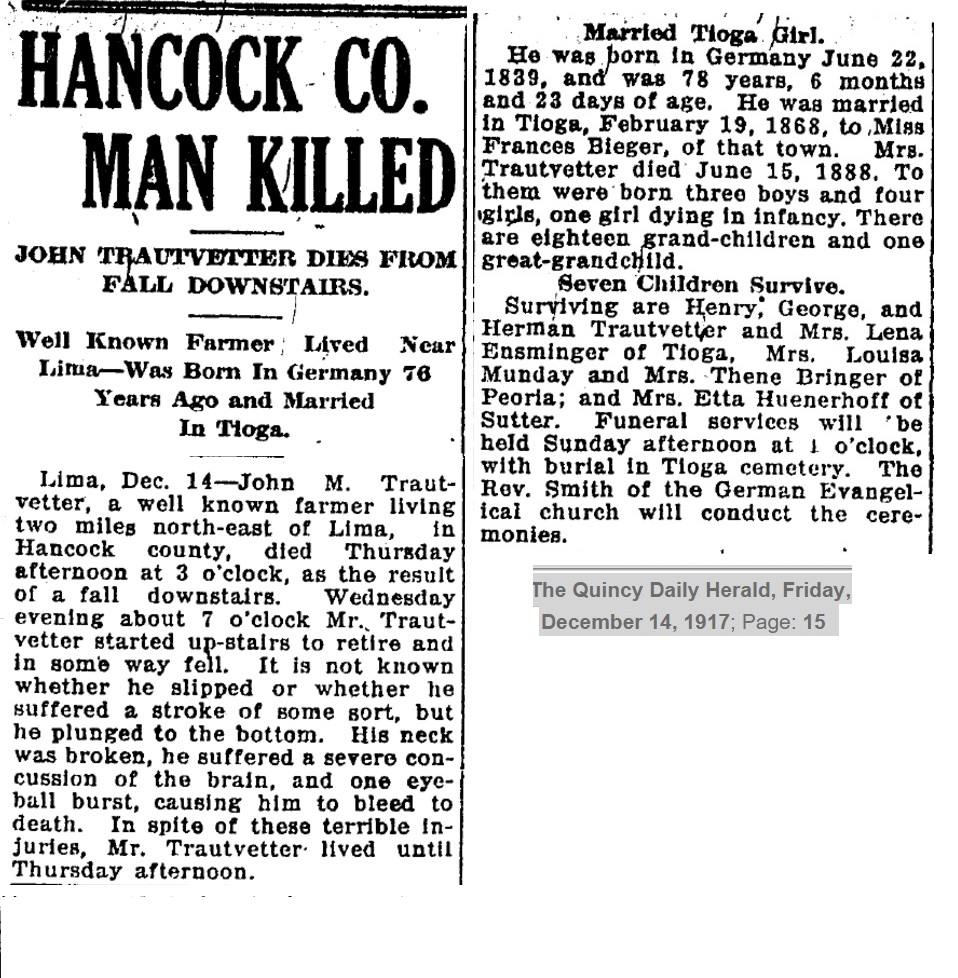 On Wednesday, 12 December 1917, John M. Trautvetter fell down the stairs of his home. According to the Quincy Daily Herald, he either slipped or had a stroke and in fall broke his neck and suffered a concussion.

I’m not certain I needed to know that one eyeball burst and caused him to bleed to death. Some details are better left in the dustbins of history.

The names of the children are correct–except for Thene. Her name was actually Adolphena and she generally was referred to as “Phenie” or reasonable variants thereof. It’s probable that the obituary writer or the typesetter misread a “P” as a “T” which resulted in “Thene.”

The obituary refers to John’s wife, Frances Bieger,  as a “Tioga girl.” The dates of his birth, her death, and their marriage concur with other materials. But this is the first time I remember seeing Frances styled as a “Tioga girl.” She was born in Warsaw, Hancock County, Illinois, in 1851 and lived there through at least 1859 when her mother married her second (or third–it depends upon how one counts) husband, Conrad Haase. The reference to her as a Tioga girl may indicate that the family lived there longer than I thought.

Or the paper could simply be wrong–after all Phenie was Thene.

But I certainly didn’t need to know my great-great-grandfather’s eyeball burst and caused him to bleed to death.

Couldn’t they have included some other biographical detail instead?