We’ve mentioned the incomplete land homestead claim in Dawson County, Nebraska, for Cornelia Albers before. Cornelia’s father was a first cousin of my ancestor, Focke J. Goldenstein, who also settled in Dawson County. A statement Cornelia makes in support of that claim on 1 July 1884 makes for a good illustration of the importance of researching the entire family.

There were issues with Cornelia’s claim and her statement centered on her age and when she made her initial claim entry. That statement was witnessed a week later by four Dawson County, Nebraska, residents:

Names of witnesses can be significant clues. I knew all four of these individuals lived in Dawson County, but this document may help me refine the time frame that some of them were there.

And sometimes it is just neat to have their signatures on the same sheet of paper. 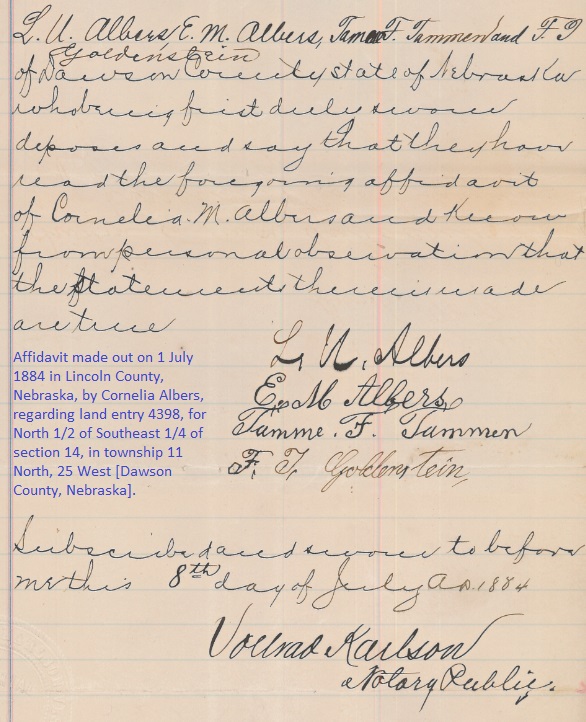 Note: Cornelia didn’t complete her land claim, so there is no patent that was issued in her name. These incomplete land claims are at the National Archives in Washington, DC. One has to search the BLM tract books manually in order to locate reference information to find the claim information for these incomplete claims.