Fortunately when I was at the Gray Cemete 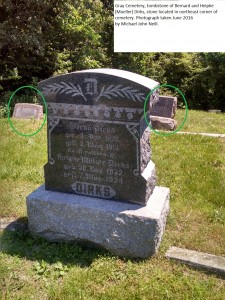 So I took a lot of pictures of each stone from a variety of angles. That was a good thing. The first illustration in this post is one of the better shots I was able to obtain for Bernard and Heipke’s stone. There were two stones in the background. The one on the right is the stone of Henry and Anna Dirks. Henry’s the son of Bernard and Heipke. 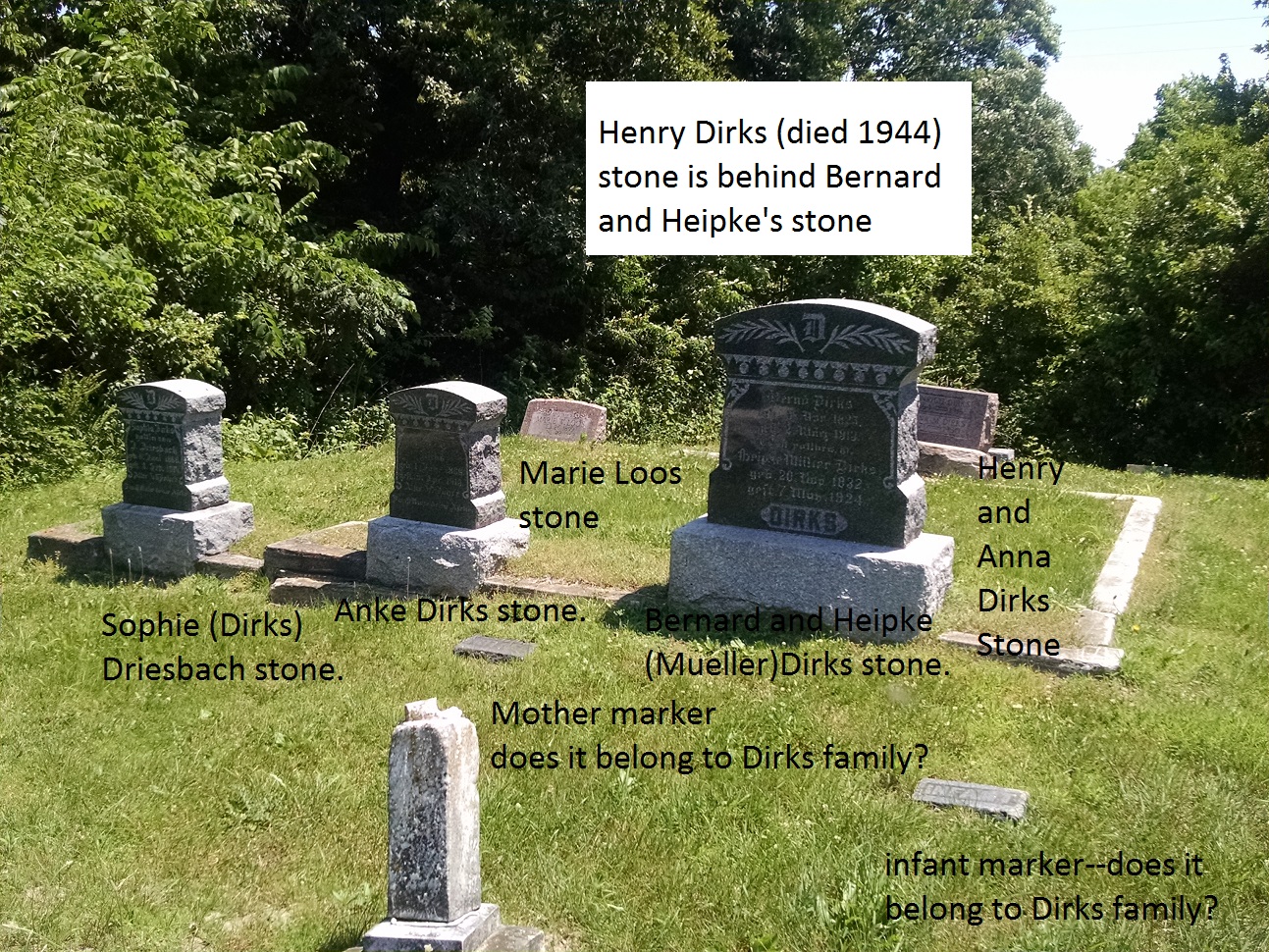 Directly north of Bernard and Heipke’s stone are stones for their daughters, Sophie (Dirks) Driesbach and Anke Dirks. Sophie and her husband separated at some time before her death in 1914 and Anke never married and died in 1913. Neither daughter had children and both died in Coatsburg. Heipke survived her husband and these two daughters and died on the family farm near Coatsburg in 1924. Based upon the similar appearance of these three stones, I’m wondering if someone paid for all of them. Estate records indicate that there was not much of an estate for either of these two daughters. But that’s merely speculation.

There are three stones behind the larger stones. I took pictures of the ones for Henry and Anna Dirks and their son Henry W. Dirks, who died in World War II. 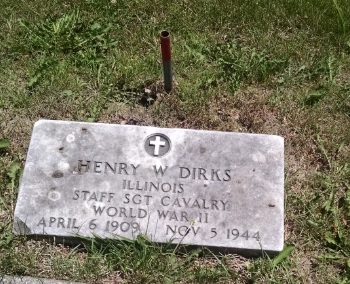 Then because it was hot and sunny and I was getting tired, I didn’t photograph the stone north of Henry W.’s military marker.

Fortunately the landscape shots I took were detailed enough that I could later read the stone–“Mary W. Loos” born 1889 and died in 1963. In hindsight, it seemed perfectly clear that she was probably a relative. After all, the cemetery lots were probably sold in groups of lots and most likely the Dirks family purchased a set of eight spaces when Bernard died in 1913.

And I knew I had heard the name of Loos before, I just wasn’t certain it was the last name of a relative or not. It’s a fairly common name in the Adams County area and I simply may have confused hearing the name in general with hearing the name in regards to a family member.

Then I knew the best place to find out–a list of distributions from the estate of Heipke (Mueller) Dirks made in the 1920s sometime after her death (Adams County, Illinois,  Circuit Court Case 5228, Janssen vs. Dirks).

There was Henry (as Heinrich) Dirks and Mary Loos. They received the same distributive share (2/504), from their father, Henry Dirks, who died before the legal action over Heipke’s Dirks’ estate was completed. 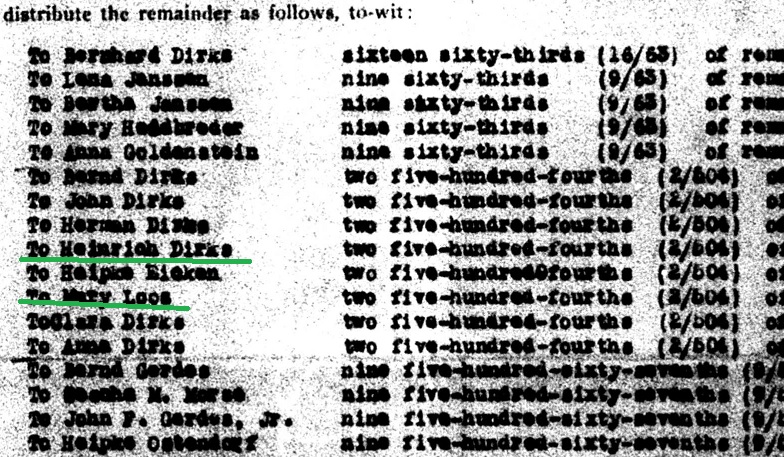 Photograph every stone near your ancestors’ graves. The names may not ring an immediate bell and digital photography does not cost that much.

As we’ve mentioned before, take plenty of perspective pictures.

I still need to determine if that “infant” stone refers to a child of the Dirkses or not. Those smaller, inlaid stones (another one says “Mother”) more closely resemble the Dirks’ stone than they do the stones in the adjacent plot.

The answer to that question may take a little longer to figure out.