George A. Trautvetter served in Company H of the 14th Illinois Infantry in the US Civil War. The images that follow were made from color scans of his compiled military service record. The compiled record was created from muster rolls, the muster-in and descriptive roll, and other records. This post won’t analyze these records–we’re wanting readers to know what’s typically in a file of this type.

Trautvetter received a $100 bounty for enlisting. Since he deserted, it’s probable he did not receive it–or at least he wasn’t paid what he was owed after his desertion.

This file is fairly typical for Union service in this war. The scans indicate the cards the compose the compiled service record are filed in an envelope. The envelope are the first and last image shown.

These records are housed at the National Archives. Some of them have been microfilmed and others have not. 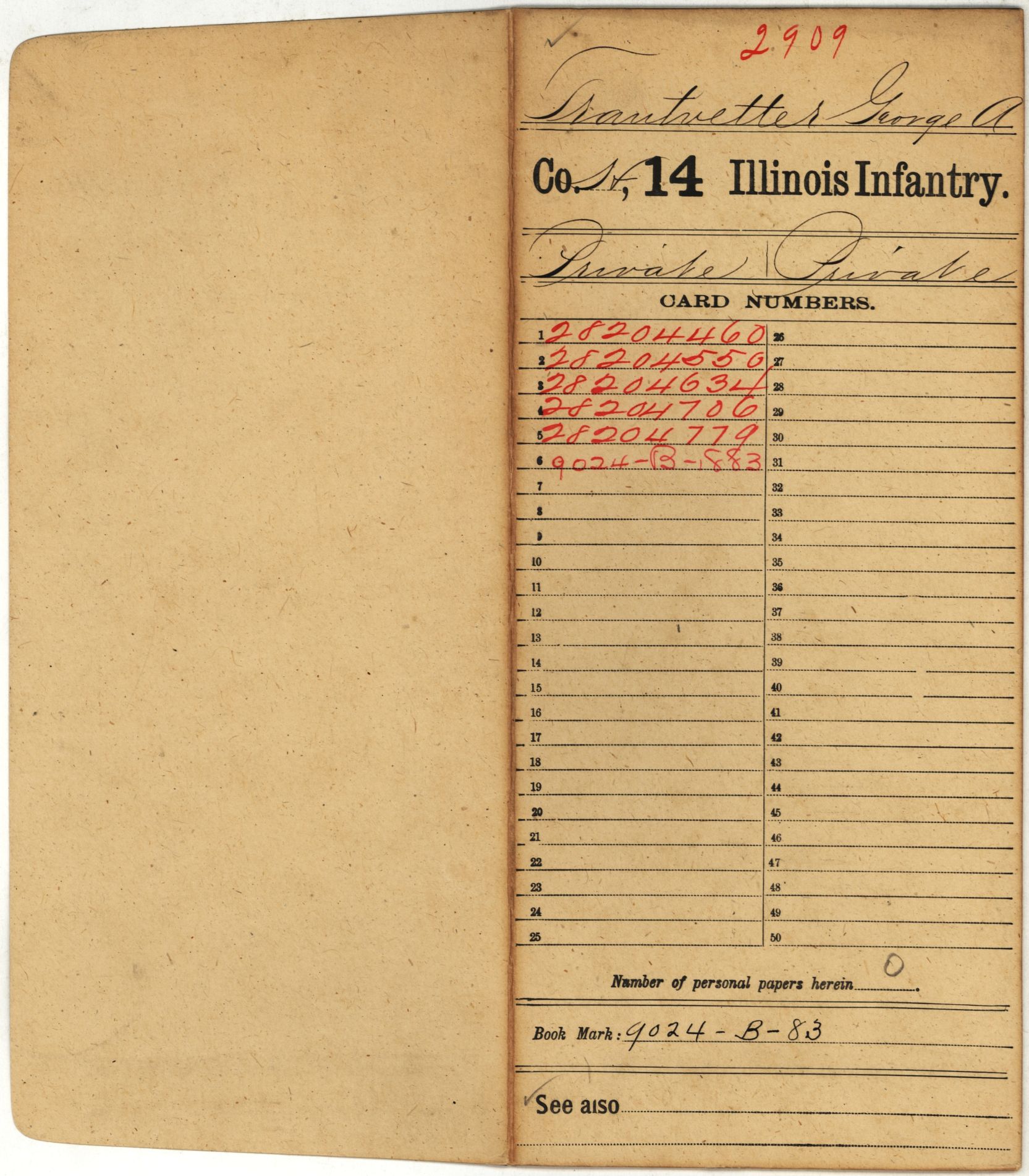 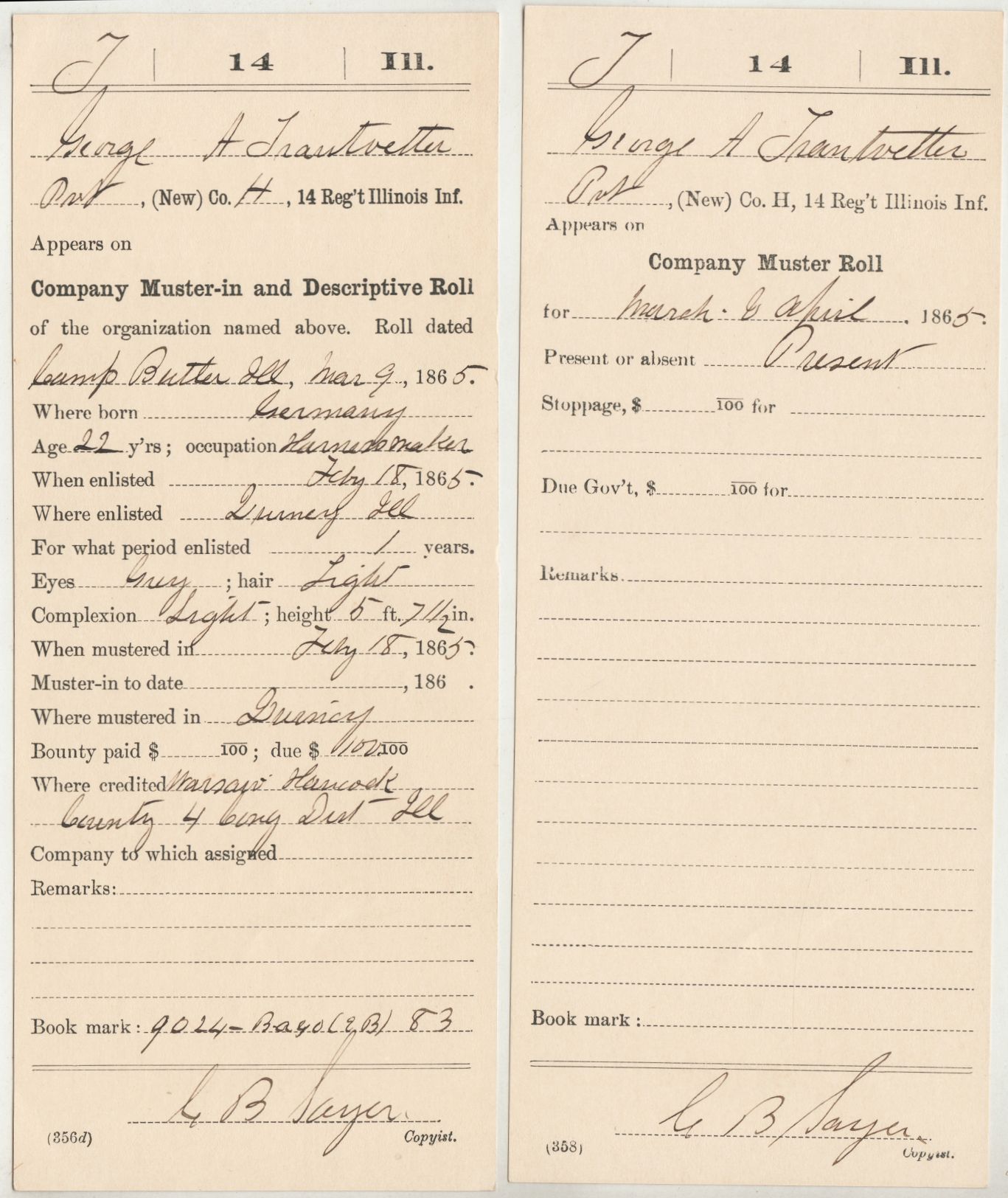 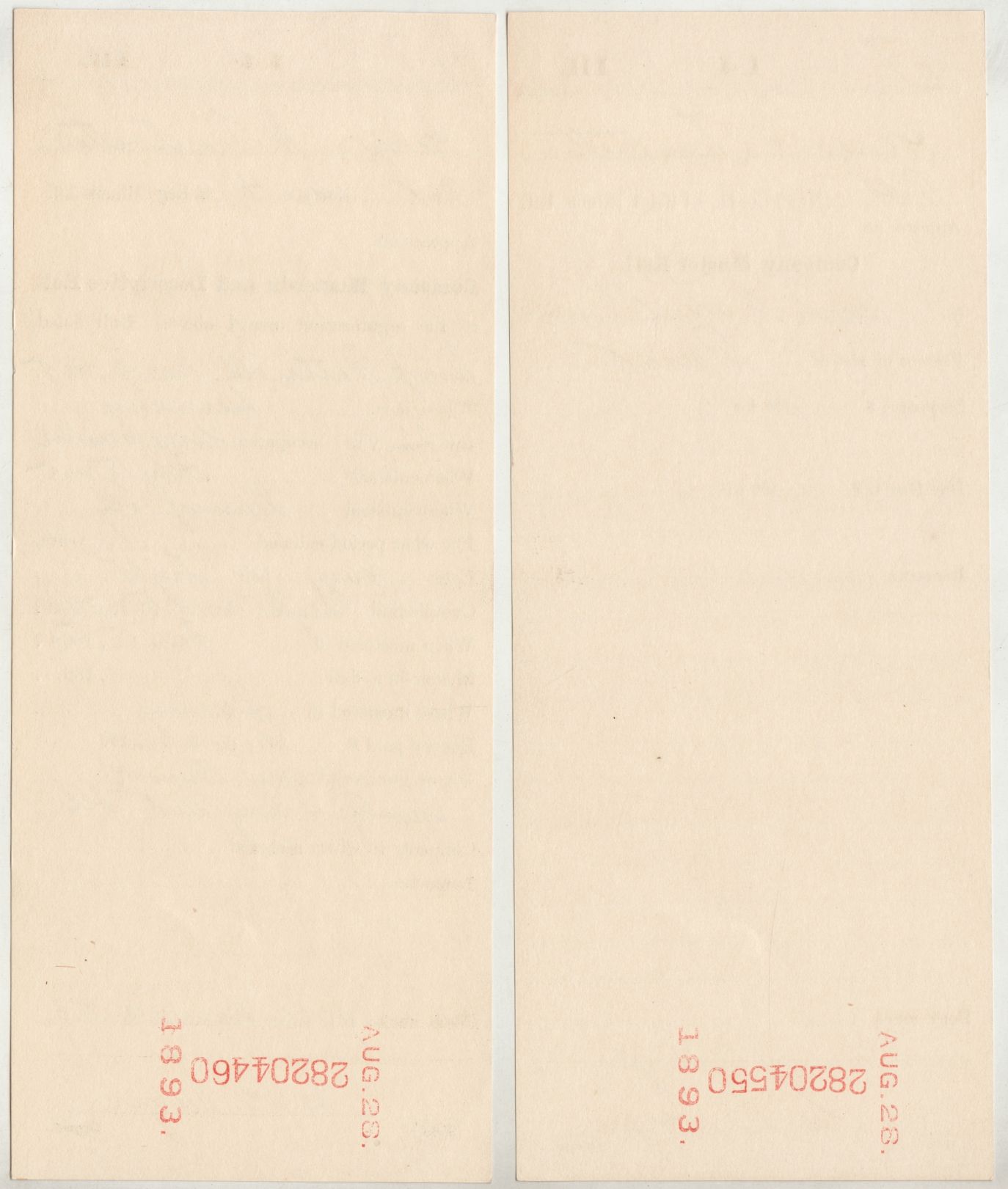 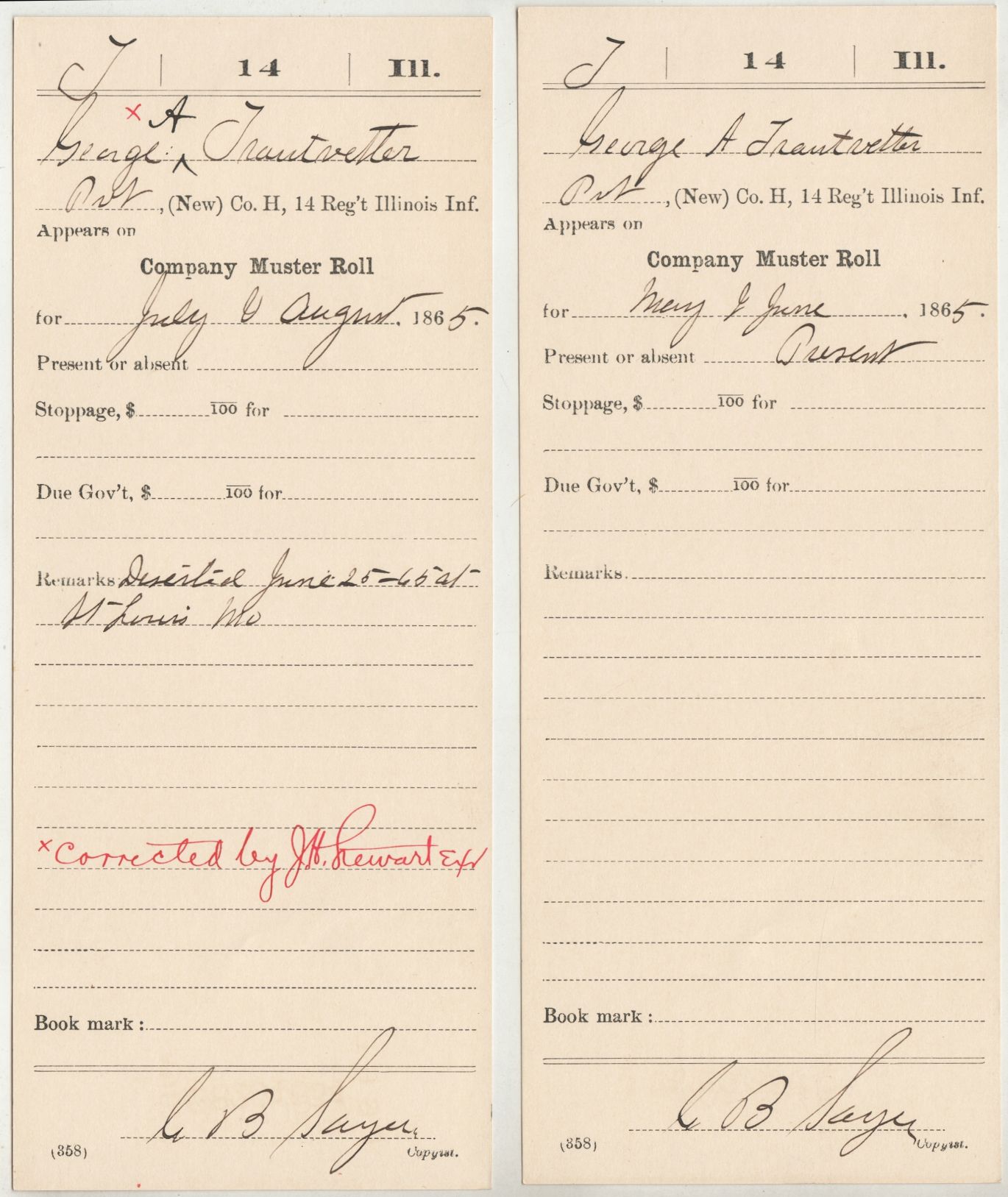 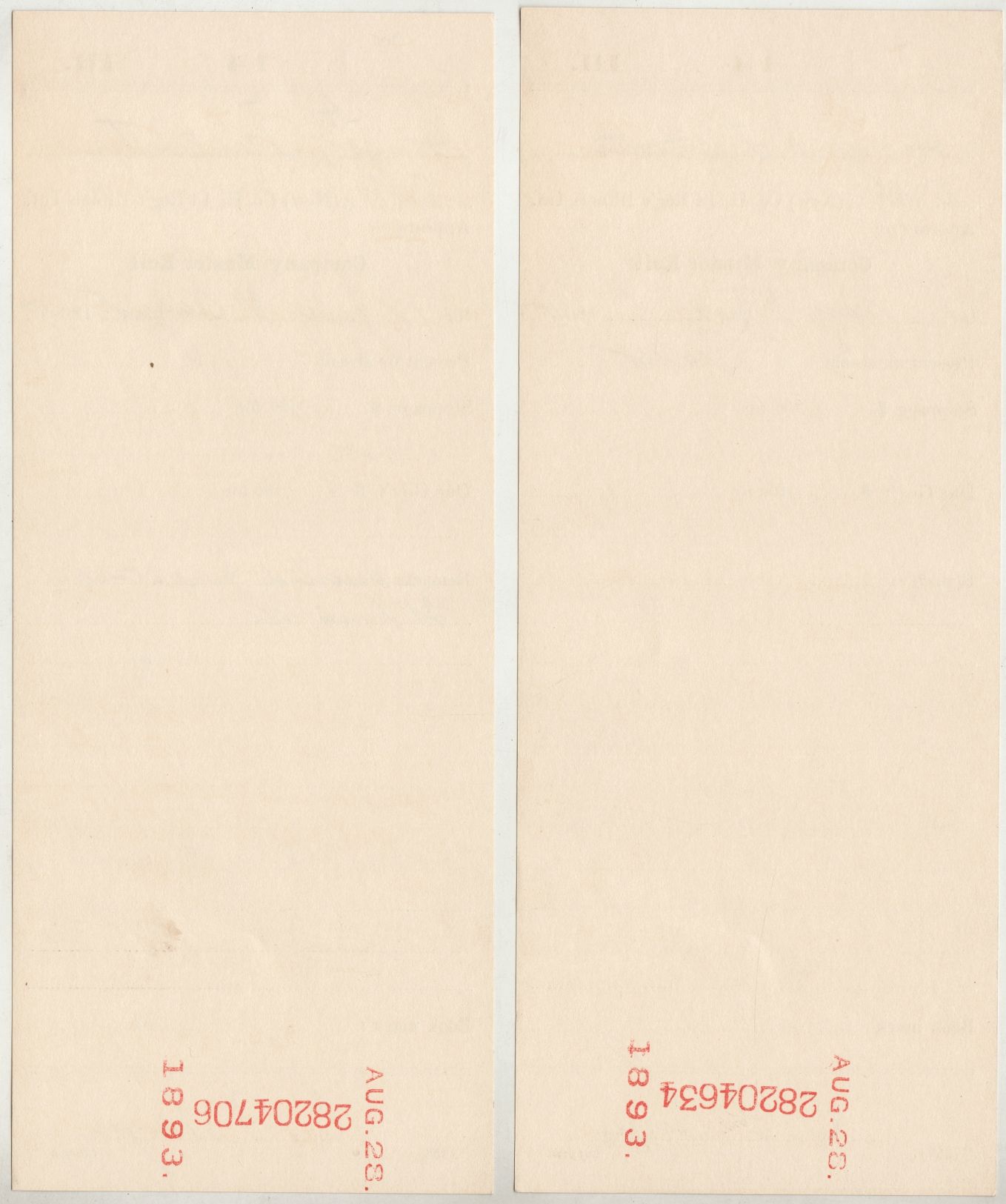 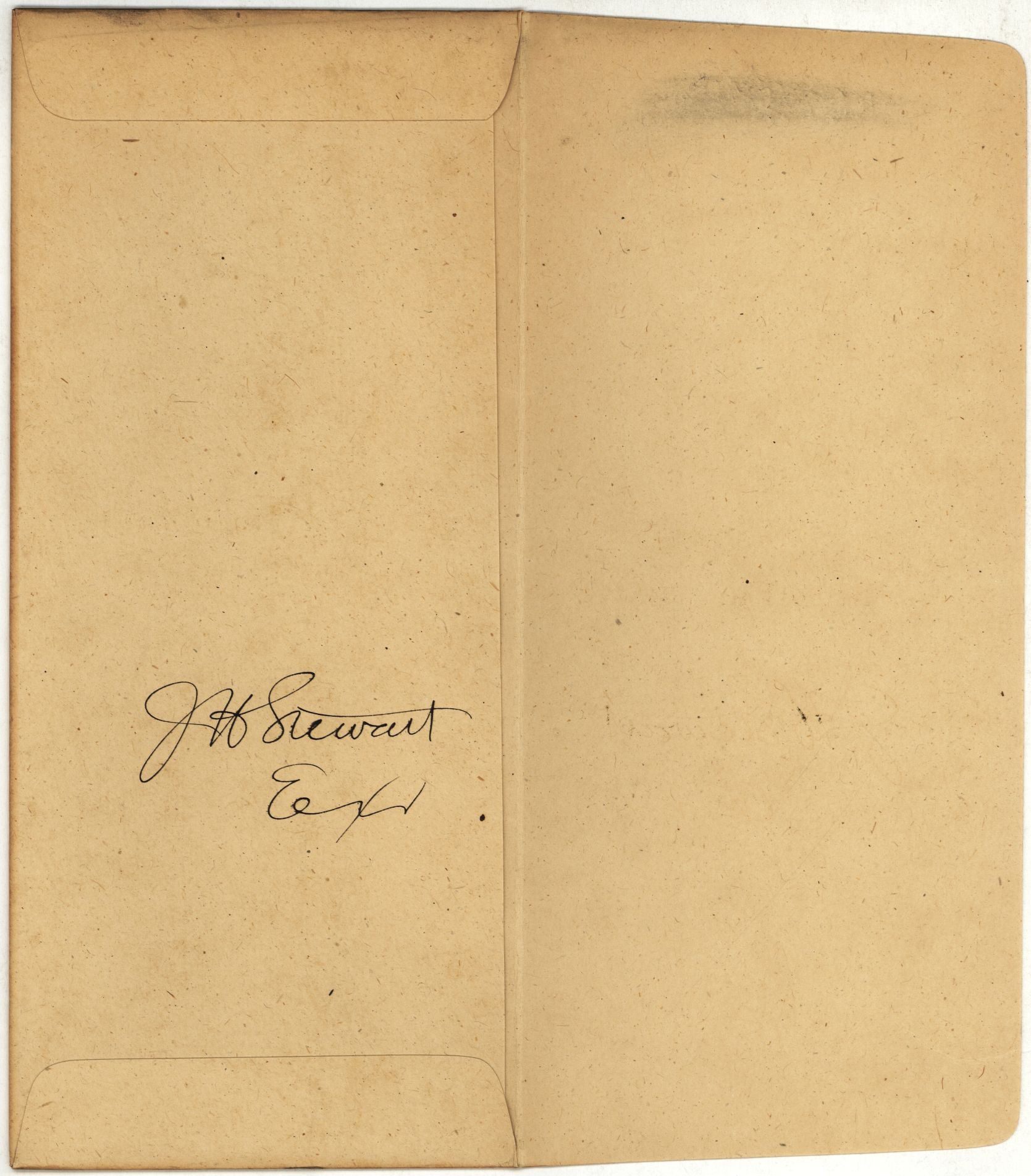