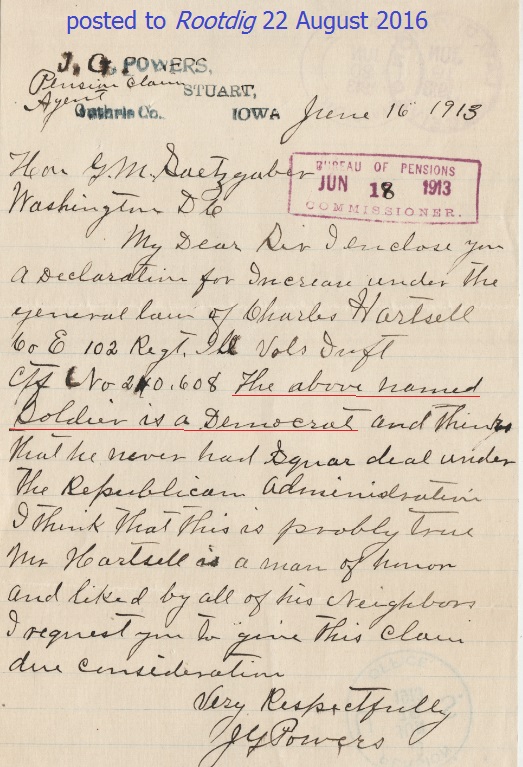 sometimes be located.  They are probably one of the first places a researcher who is interested in such information should look. Voter’s registration rolls may also provide the political affiliation, but these records are not always easy to access.

Pension files are not high on my personal list of places to find the political party with which an ancestor was affiliated.  However, seasoned researchers know that pension files can contain just about any type of information. This 1913 letter in the Union Civil War pension file of Charles Hartsell indicated that he was a Democrat.

It is possible that a complete review of his pension file may indicate that he had several petitions for pension increases that were denied. Those denials aren’t going to indicate whether political views were the real issue. Those denials should be in the file as well as any appeals he may have made afterwards. That’s something for which the file should provide evidence.