I’m not certain what was wrong with Johann Ufkes in the early 1880s. There are two documents that provide evidence he was ill, but there is actually nothing to connect the two illnesses with each other. And the illness was immediately life-threatening as Johann lived until 1924.

The first piece of evidence comes from the communicant portion of the records of the Immanuel Lutheran Church near Basco, Hancock County, Illinois. J. Ufkes is listed on the register of those being who were ill and being given communion. There were no other Ufkes families in the area at the time–the reference almost has to be to Johann. 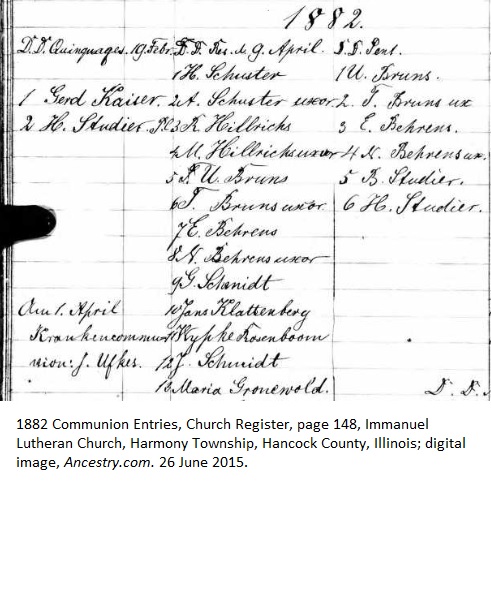 Whatever Johann had was apparently not terminal. The second piece of evidence regarding Johann’s health comes from a letter his wife writes to her brother-in-law and sister-in-law in Franklin County, Nebraska. 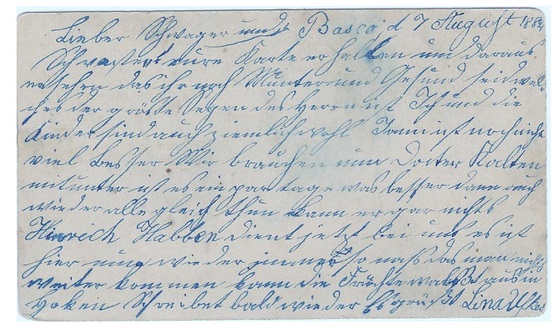 Lina Ufkes does not mention what the illness is, but she does mention that “Jann isn’t much better” when she writes Herman and Antje (Ufkes) Harms. The letter also suggests that Hinrich Habben is helping with the farm work or at least living with the family.

Fortunately Johann lived until 1924. Good thing for me as his son who was my great-grandfather was not born until 1893. 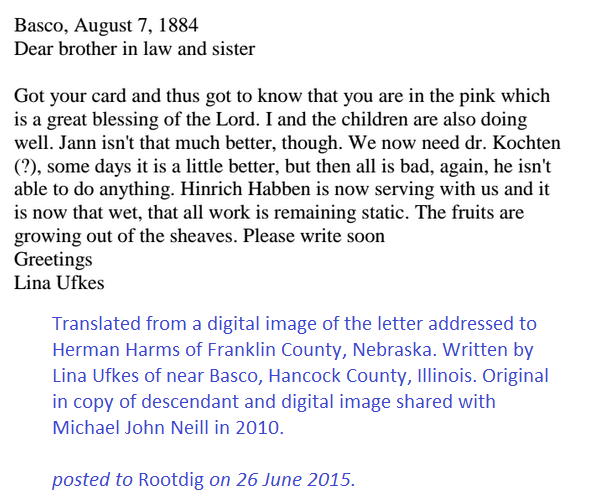 There is a clue in the salutation of the letter that we’ll discuss in a future post.

Note: The ELCA records were obtained digitally on Ancestry.com.