Most of the entry is regarding how much she was paid. There is a notation indicating she died 13 January 1856. The date could easily be slightly off, after all the pension office was more concerned about the fact that a veteran’s widow receiving a pension was dead and not whether she died on 13 January 1856 or 14 January 1856–the crucial thing is that she died and a pension payment should no longer be sent to her. There’s no reason to doubt the date, but this record is not a death record and does not serve the same purpose as a death certificate–just something we need to think about. 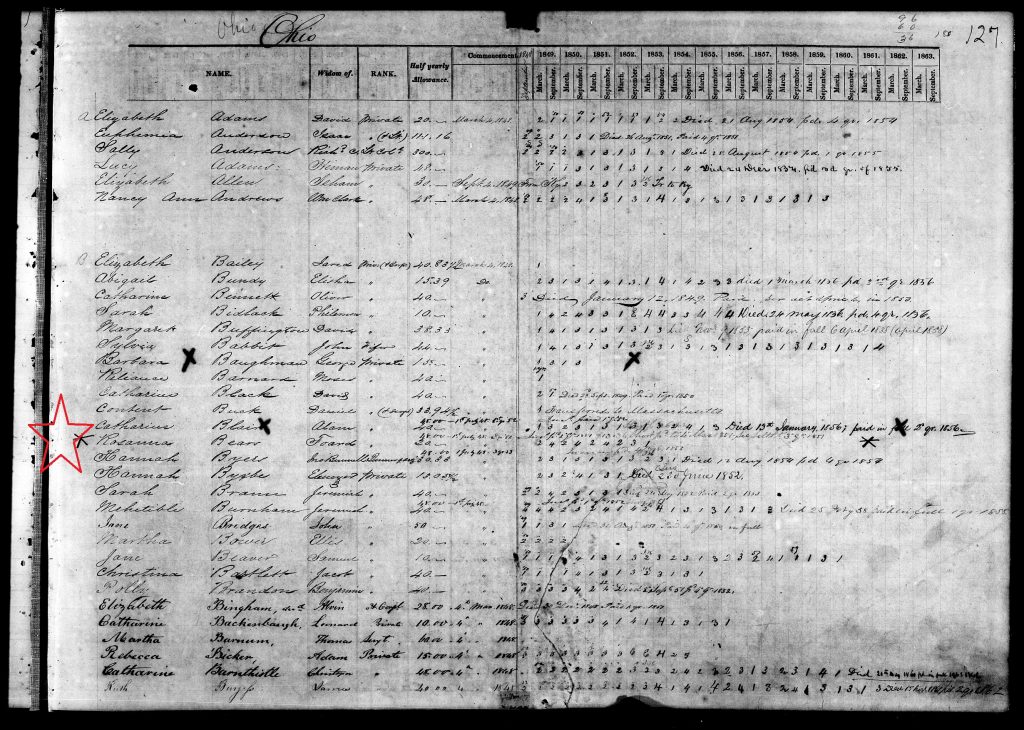 These records are organized by veterans and widows and then by state or large city near where the pensioner lived. Beyond that, they are alphabetical by first letter of the last name.

They provide the name of the veteran for widows who were receiving a pension.

As of this writing FamilySearch has not indexed these records, but given their organizational nature and the relatively small number of pensioners during this time period, they are not difficult to use.