Antje Albers appealed the rejection of her application by the Register of the North Platte, Nebraska, land office to apply for a homestead in Dawson County, Nebraska (north 1/2 of the south east 1/4 of section 14 in township 11 north range 25 west).

The appeal written by her attorney, Thomas C. Patterson, is undated, but it does appear in her homestead application. Her attorney’s point was the the Register “erred in rejecting said application on the grounds that a contest had been filed” without having been corroborated. Apparently uncorroborated contests did not prevent the filing of claims. 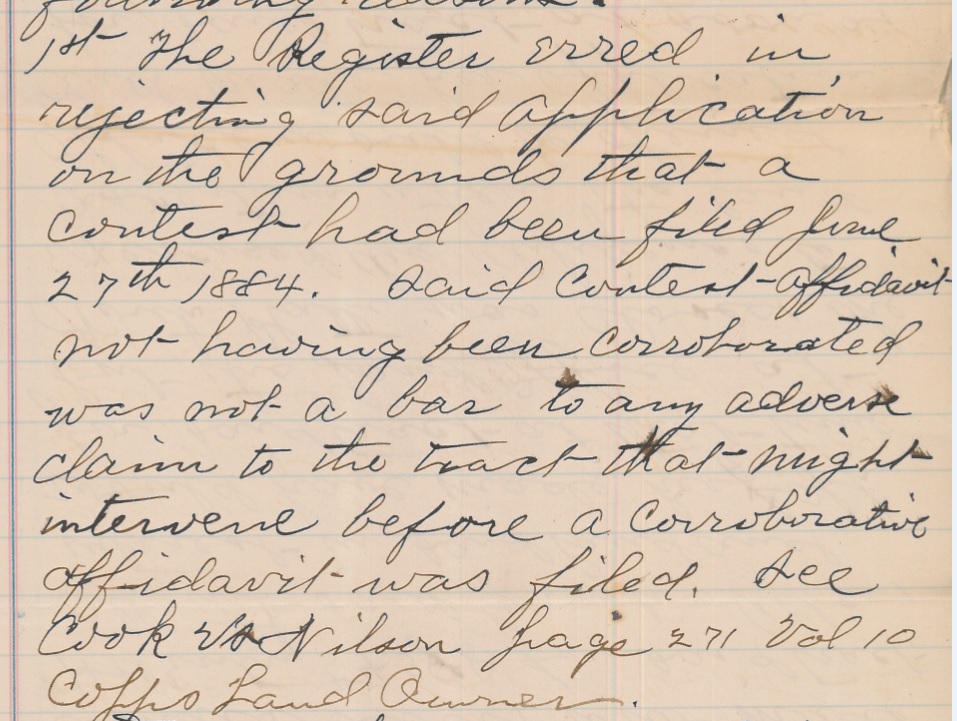 The appeal references “Cook vs. Nilson page 71 Vol 10 Copps Land Owner.” According to the lawyer’s interpretation, this case did not bar Antje Albers from filing a claim in her own right to the property because Gronewold’s claim was incomplete. 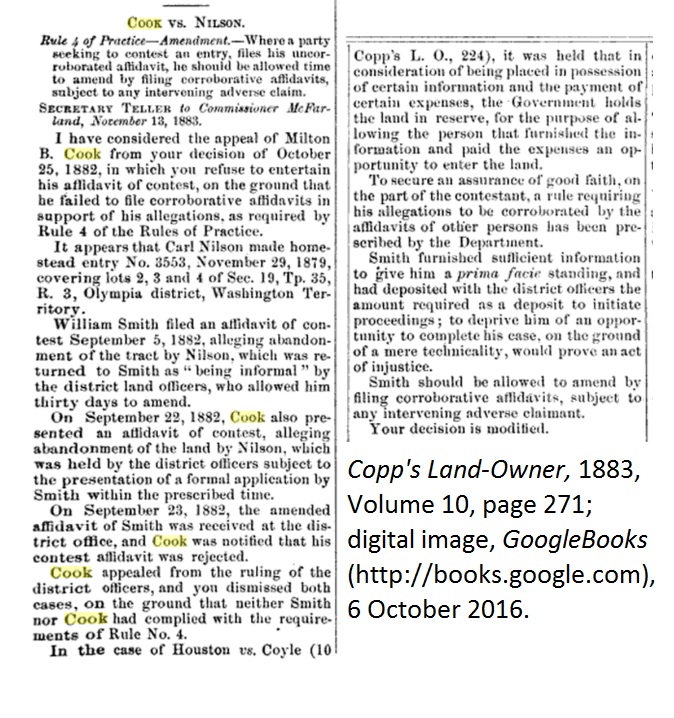 There is no record of Gronewold’s contest dated  27 June 1884 remaining in the homestead file. That could be because his claim on that date was actually incomplete.

And sometimes the records we have left are actually incomplete