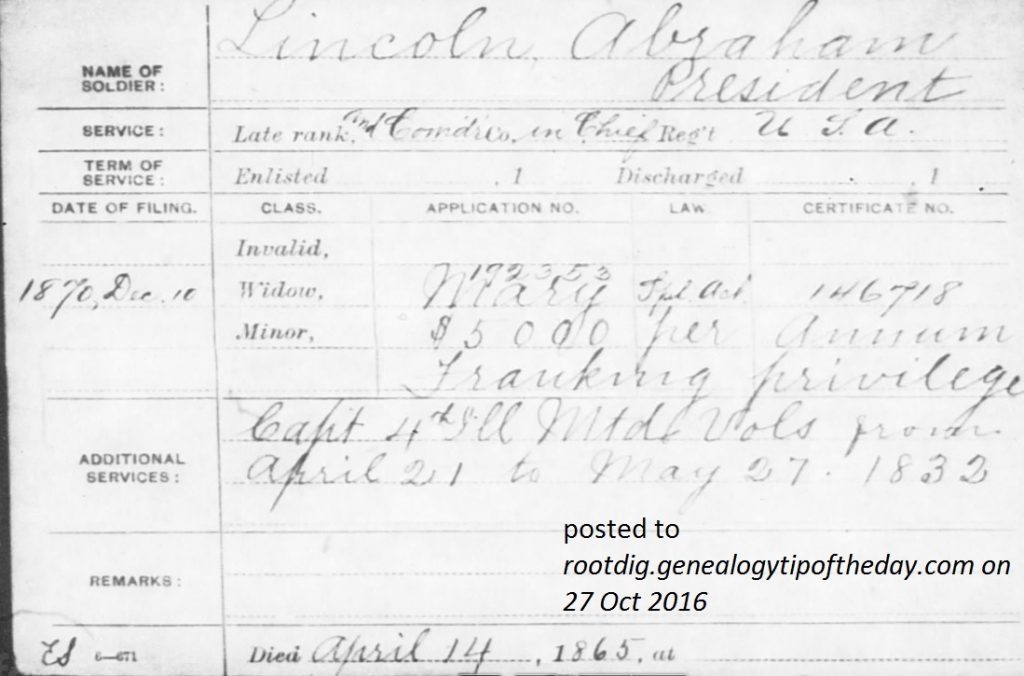 I no longer post “rich and famous” items as a general rule, but this is a neat little item from the “Organization Index to Pension files of Veterans who served between 1861 and 1900.”

A pension card for Abraham Lincoln (actually for his widow, Mary, as Lincoln was not a military veteran of the Civil War) appears in the “Organization Index to Pension files of Veterans who served between 1861 and 1900” on Fold3

. The card does reference Lincoln as President and as having been in the 4th Illinois Volunteers with a discharge date of 27 May 1832.  Mary Todd Lincoln was granted a special pension by Congress, which is referenced on the card. Without the index at Fold3 the card for Lincoln would have been more difficult to find in the organization index as he does not have an “organization” of which he was a member–note that the company and regiment blanks on his card have been left blank. The original purpose of the organizational index was to allow staffers in the pension office to determine which men in the same unit were receiving a pension.

Not all the pension cards in this index are for pensions that resulted from Civil War service, but most are.