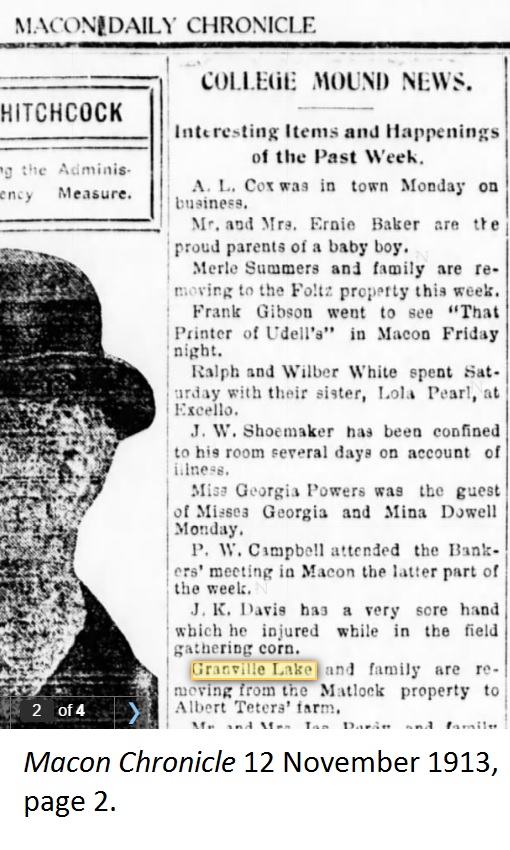 ke the social media of the 19th and early 20th centuries. And in a way they were.

The Macon Chroncile, published in Macon, Missouri noted in November of 1913 that Granville Lake and his family moved from the Matlock property to the Albert Teters’ farm. No further details are given because most people reading the paper who would have known Granville Lake probably knew exactly what was meant by the Matlock property and the Albert Teters’ farm. Those who did not know and saw the item in their paper could easily ask their neighbors if they were so inclined, discuss it after church on Sunday, ask about it at the local feed store, etc.

The newspaper was not concerned about leaving enough details for someone looking at the reference over 100 years later.

There are some clues here: