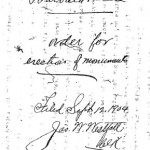 The 2 April 1902 will of Barbara Haase of Warsaw, Hancock County, Illinois (filed 5 June 2903) provided for the erection of two tombstones after her death.

The stones were to be valued at no more than $30 each. It is assumed that the stone for Barbara Haase in the Lutheran Cemetery in Warsaw, Hancock County, Illinois, is the one that was erected in 1904 for a cost of $30. It is also assumed that at the time Barbara signed her will that no tombstone had been erected on the grave of her daughter Franciska (Bieger) Trautvetter who died in 1888 and was buried in the Bethany United Church of Christ Cemetery in Tioga, Hancock County, Illinois.

The current stone for Franciska Trautvetter is not comparable to the one for Barbara and is assumed that after the death of her husband that the stone erected with funds from Barbara’s estate was replaced by a larger one. 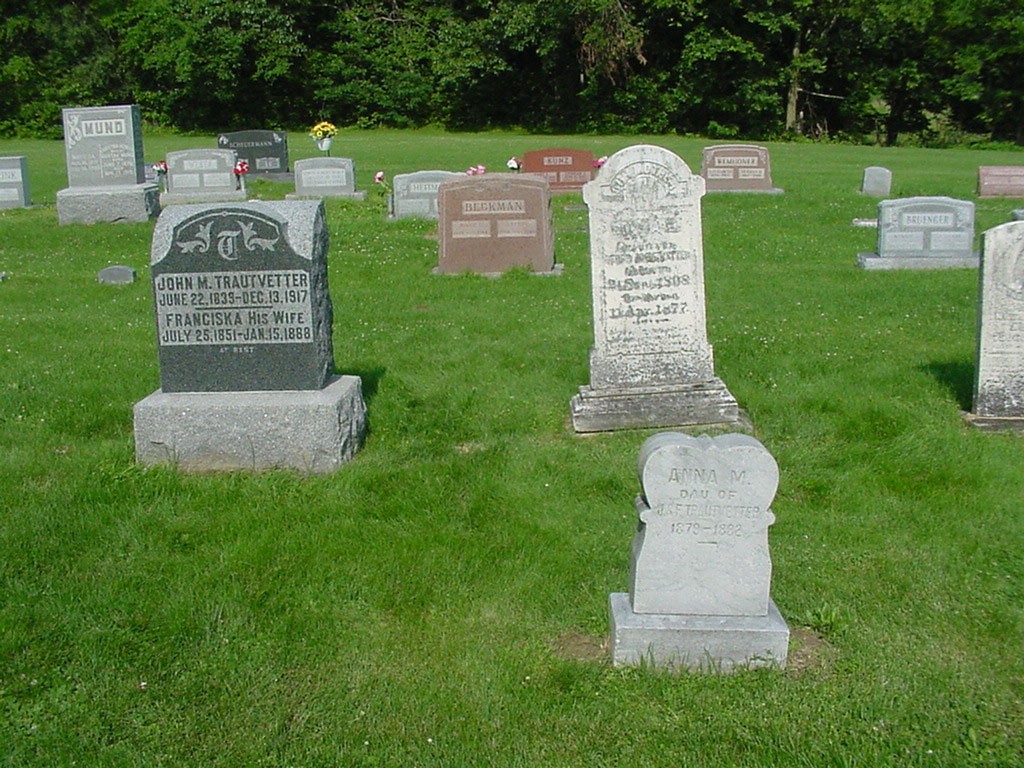 Tombstone of Franciska Trautvetter is shown on the left of this image.