Ancestry.com indicated on their website recently that their 1860 census has been updated. 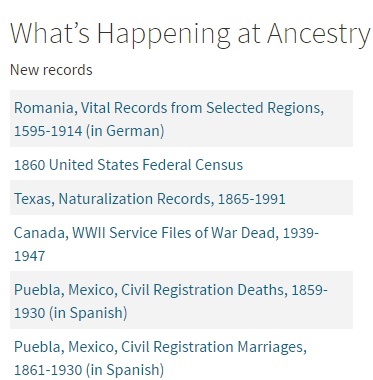 update has been posted. Most likely the update does not mean what I’m really hoping for:

a new index that lists Benjamin Butler who was born around 1819 probably in New York State.

While it is frustrating to have really no idea of “how” the database has been updated, I really doubt that the index has been modified in any substantial way–except for potential alternate transcriptions submitted by users of the site. It would be nice if the Ancestry.com blog addressed these changes, at least briefly.  If I knew the change was only to the viewer or to enhance some images, I would know that I really don’t need to bother redoing my searches for Benjamin.

Instead I may use the “update” as an excuse to revisit my searches for Benjamin and see if there is something I have overlooked.