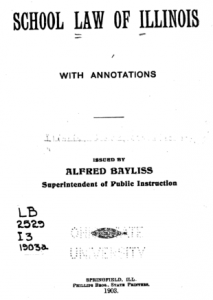 On 19 June 1891, the Illinois General Assembly gave women in Illinois the right to vote–in school elections.

The 1891 act was specific in stating that women could only vote in school elections. But it was a start and does mean that women could vote in at least some elections in Illinois before the 19th amendment was passed to the United States Constitution.

I’m not certain if any of my female ancestors living in Illinois would have been interested enough in school elections to actually vote. I am curious as to what the local reaction to women’s suffrage was in Adams and Hancock Counties where my families were living at the time this law was passed.

Which of my 1891 female ancestors living in Illinois would have been eligible to vote? For native-born citizens who married native-born citizens, the answer is easy. The problem occasionally comes into play with individuals born outside the United States are involved. There are several categories (the list is not meant to be exhaustive), some of which I have people in:

And there’s the answer. Maybe.

Women’s citizenship was still tied to that of their father or husband in 1891. That muddied the waters as we will see in a future post.

And…the “being entitled to vote if the constitution in effect at the time allowed them to vote?” That caused problems also–as we’ll see in another future post. 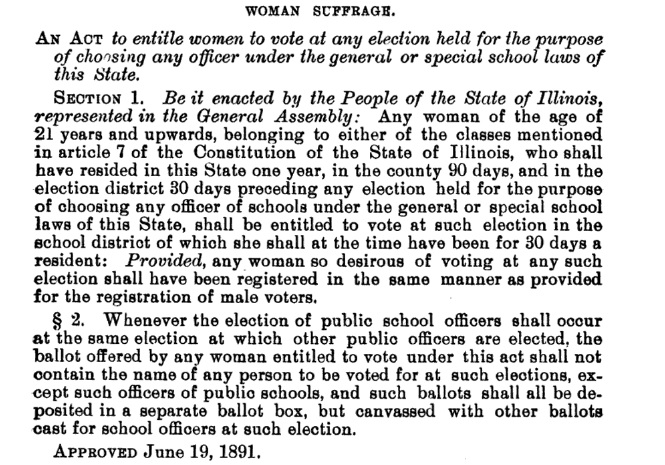