When I saw the index entry in Ancestry.com‘s “Germany, Lutheran Baptisms, Marriages, and Burials, 1519-1969” for Johann Friederich Janssen [Ufkes] in Holtrop, Ostfriesland, Germany, I was concerned–at least initially. Every record on Johann in the United States indicated his birthdate was in 1838. It was in his obituary,the family history, and it was on his tombstone. I had known the year for so long because of my research that I had it memorized.

Of course all those references to his date of birth in American records (even though they are consistent) mean little when compared to an actual record of his birth. The American sources, all created at least thirty years after his birth and all with either Johann or one of his children as the informant, provide secondary information about his precise date of birth. Their consistency just means that they were consistent.

Fortunately the index entry on Ancestry.com for Johann has the wrong date of birth. There is no need to have his tombstone corrected. The index entry also has an incorrect name for his mother as well. 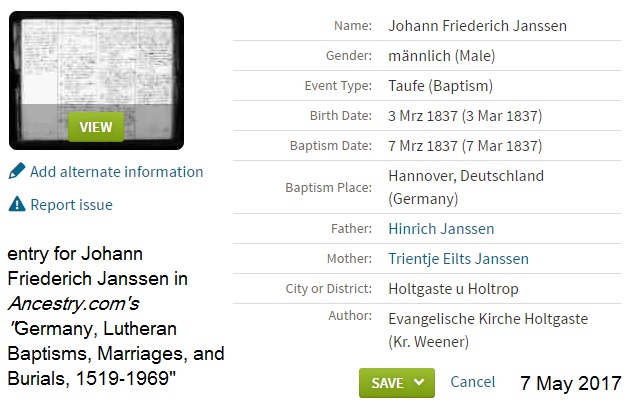 Ancestry.com links to the correct image for Johann’s birth. His entry is the 6th entry in the births for Holtrop and actually indicates his parents were Hinrich Janssen and Trientje Eilts Post. Even though Trientje and Hinrich were married she did not use the last name of Janssen and it was not the name with which she was born. 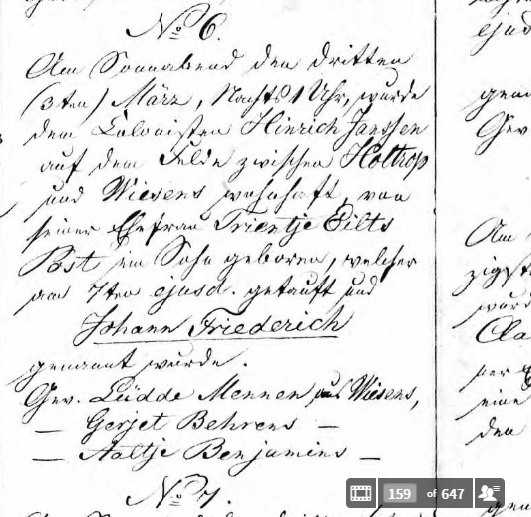 Viewing the previous image indicated that the entries were actually for 1838 and not 1837. 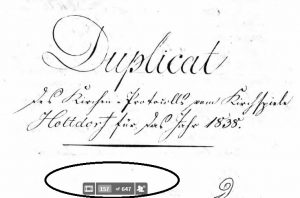 created for archival purposes–that’s why the word “Duplicat” appears. The town of Holtrop is actually referred to as “Holtdorf,” an older version of Holtrop’s name. It’s easy to see in the illustration that the “title page” for the 1838 entries is the image directly that immediately precedes the one for Johann’s birth.

It is always important to view the actual record and remember that the index entry is a finding aid.

It’s also important to remember that just because the American sources were right for the actual birth date of this person that they are not always right–even when they agree.

The fact that Johann used the last name of Ufkes is another story entirely–which we will address in a future post.