Ancestry.com is indicating that their “1890 Veterans Schedule” has been updated.

This census is only available for those states whose appear in an alphabetical of the US states beginning with Kentucky.

Since it is a census, it is organized by location. This can be helpful in certain research situations. Researchers who suspect their William Smith was in the Civil War and know where he was living in 1890 can learn his unit information from this census. Sometimes it can be difficult to find the “right” William Smith in pension and other service indexes with no other identifying information. This enumeration indicated that the William Smith living in Clark Township, [Chariton County, Missouri] was a corporal in Company H of the 18th Missouri Infantry. That information makes it easier to get the right William Smith in other Civil War finding aids that may not contain specific geographic information.

As evidenced by this illustration one should for dead soldiers in this census as well. Their widows are listed–with the name of the veteran to whom they were married. 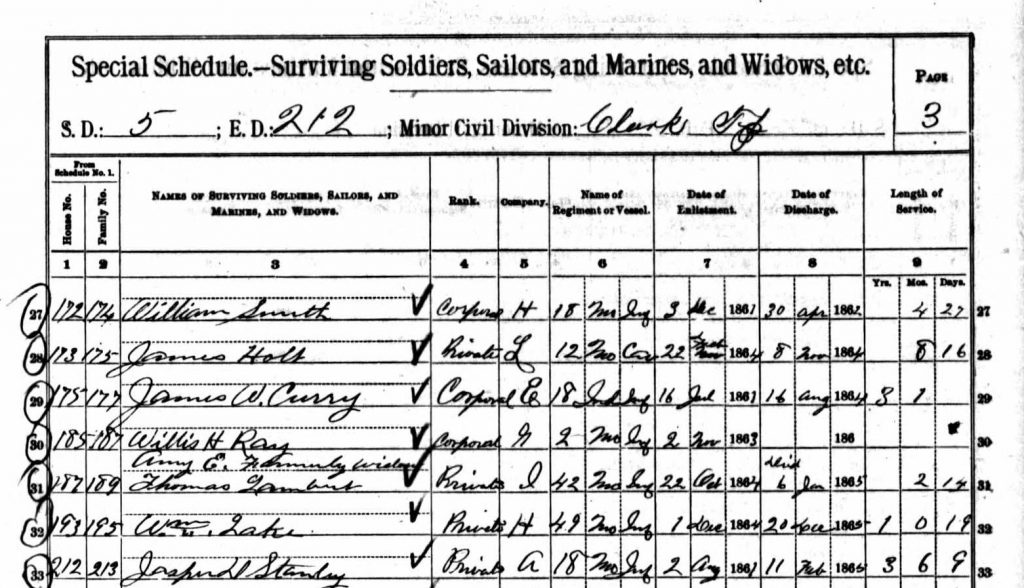