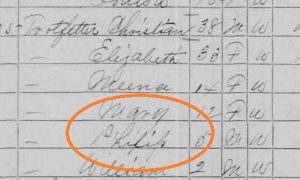 Philip Troutfetter was born in Warsaw, Hancock County, Illinois, in the 1860s and died near Colby, Thomas County, Kansas, in 1911. There are several things I learned about research from Philip: