While DNA analysis for genealogy is based on science, probability, and statistics; there is something of an art to that analysis. Art in this case is not creative in the sense of creating things that do not exist, but art in the sense of efficiently being able to discern how a person is related or where that connection probably lies.

It is an art that one develops with practice.

With some work and a little bit of time, I was able to determine who my second and third cousin matches were on AncestryDNA. These nearly twenty matches were all from submitters who are descendants of another set of my second or third great-grandparents. In the course of working through those matches, I also was able to determine how some of my more distant DNA matches were related. Even if I was not able to determine how a more distant match was related, they usually shared some closer relative that I had figured out. This usually gave me a least a clue to the general area of my tree to look for their exact location.

And then I started into the fourth cousins. The relationship listed in the AncestryDNA results is an estimated one and these fourth cousins may be slightly more or less related. I have quite few fourth cousin matches. Most of them shared one of my already determined matches who were second or third cousins. 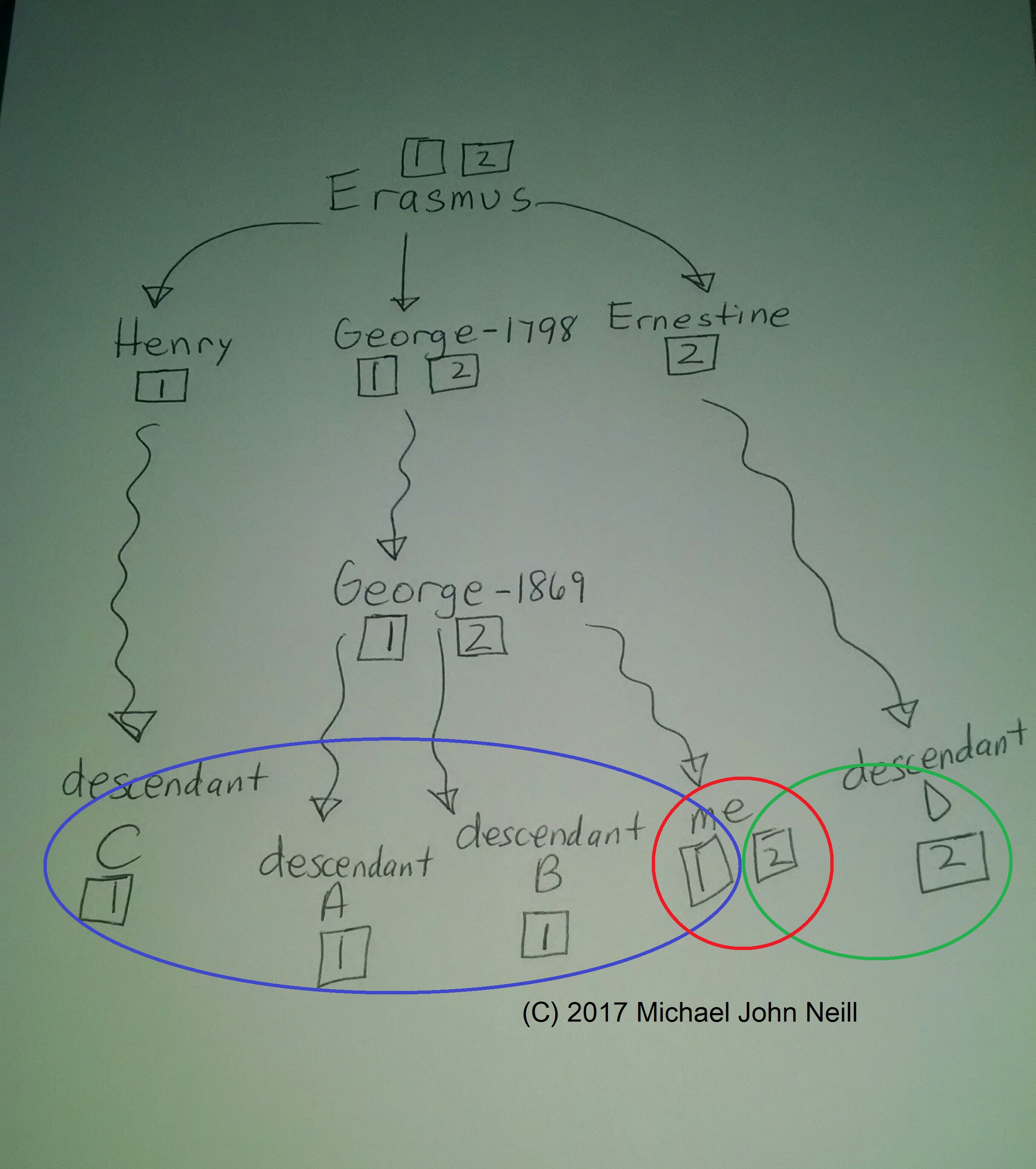 All of Erasmus’ descendants do not share matches with each other.

Then I realized that I had already figured out how something like this could happen.  I had two “sets” of DNA matches who descended from my 4th great-grandfather (“Why All of Erasmus’ Descendants are not Matches for Each Other“). The difference was that the first time I had this problem, there were trees and other information that helped me determine the connections. There was not a group that I could not figure out.

My “pool of thirtysome matches” is similar to this situation. My determined matches are related to me through a closer ancestor that the pool of matches with whom I don’t closer relatives. In Erasmus’ s case, my closer known matches all stem my great-grandfather (the George born in 1869). In Erasmus’s case there were two more distant descendants–C and D. C was a shared match with my closer cousins. D was in a group with me all by himself. That’s a puddle with one known match instead of the pool I have.

In the Trautvetter case there simply are not large numbers of descendants. My pool of unknown matches likely stems from sibling(s) to a third, fourth, or fifth grandparent. The question is: which one?

We’ll see more about that in a future post.