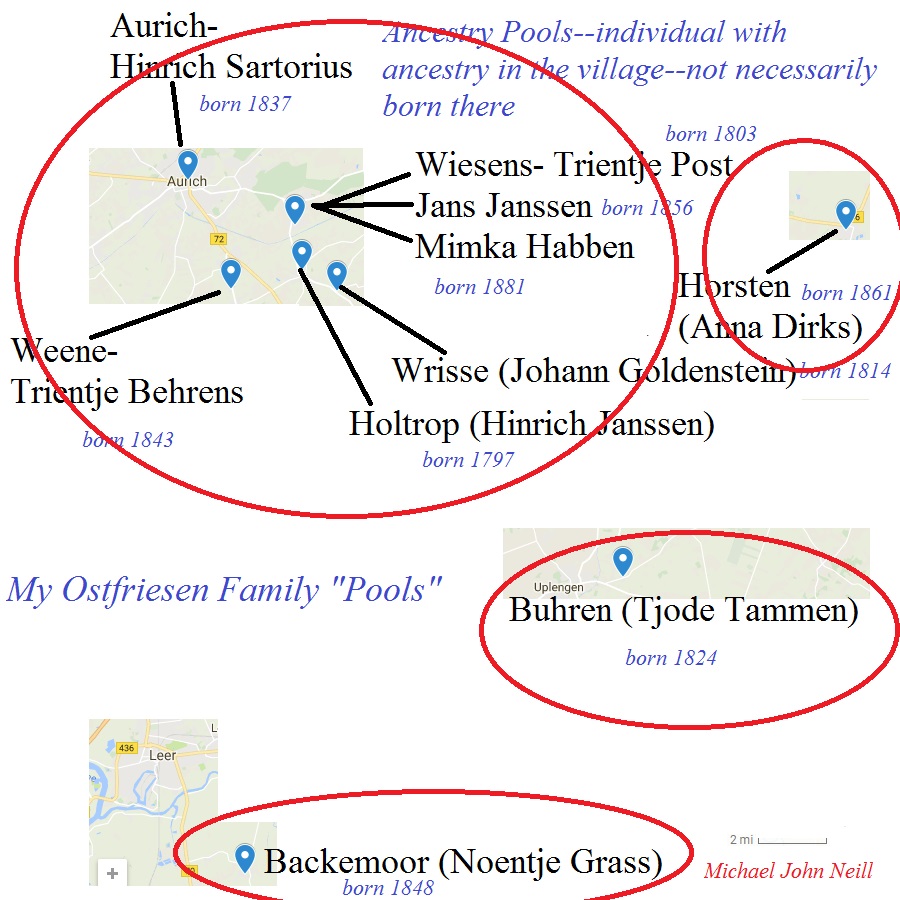 I’m still working on the concept of “Ancestry Pools” to help me sift through and analyze my DNA matches. Most researchers have some “pedigree collapse” and endogamy. It is just a matter of degree. For me it is particularly difficult in my maternal families who are all from the same area of northern Germany in a general area with a radius of no more than fifteen to twenty miles.

When I looked at the actual villages where my maternal families were from, they were generally in four clusters:

The clusters are not necessarily self-contained–Tjode Tammen (from Buhren) married Johann Goldenstein (from Wrisse–where they later lived) and she had some family from the Holtrop area. Other intermarriages between individuals with ancestry in these locations took place in the United States where many were near neighbors.

The names on the image represent individuals who had significant ancestry from the village listed. They may not have been born in that village.

The map is helpful. I’ve even noticed that within the large circle for Wiesens/Aurich/Weene/Wrisse/Holtrop, I should have created three smaller circles:

This sub-grouping is based on how my families apparently interacted. It’s possible that local geography (not indicated on this map which only shows relative distances) also played a role in that interaction. Most of these families stayed put for generations. That can make sorting out matches difficult.