My citation format for this 1852 marriage record from Campbell County, Kentucky, is not in proper  Evidence Explained format. But the essentials are there: 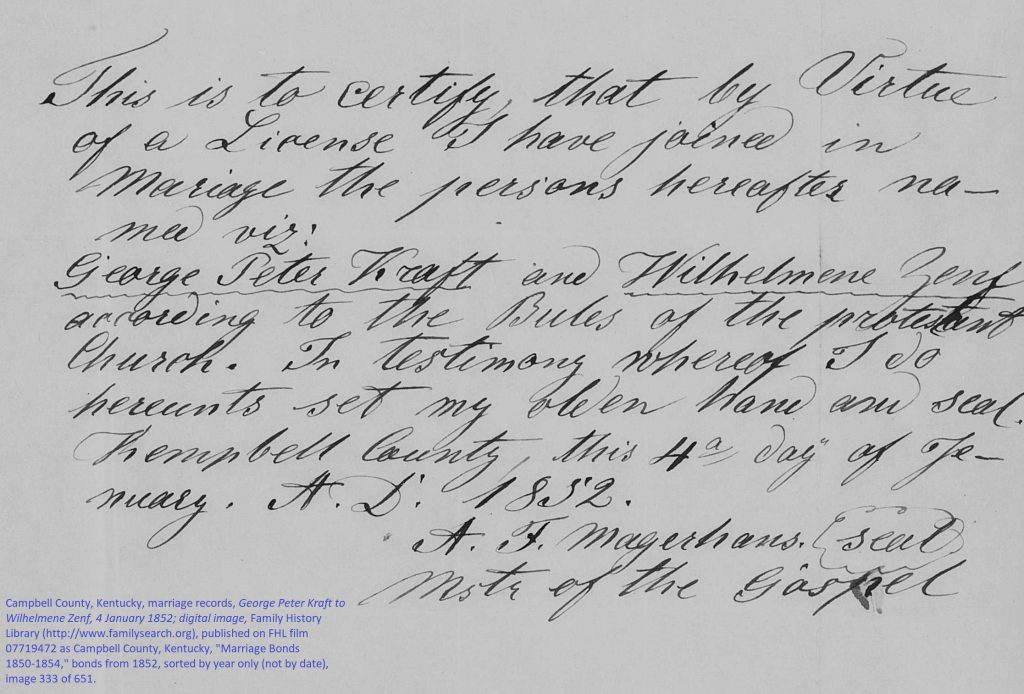 There really is no page number.

These items were apparently organized by year and that organization did not go any further. The “title card” on the microfilm indicates that this is a “marriage bond” from 1852. It’s not a marriage bond. It is a certification that the marriage place. The titles used in my citation information were the titles used on the microfilm (actually digital images). That’s not something I correct as part of my citation’s goal is to know exactly where this image was obtained. I did make a comment about the organization of the record.

These items were apparently filed loosely in a file box of some sort. There are no page numbers. The items are not numbered as some marriage records are. There are no image numbers on the microfilm. There is an image number to separate one digital image from the next. Those numbers were used as a part of the citation. They will only apply to the digital images. Citing the Family History Library as the “publisher” serves to tell me that these were not accessed at the courthouse.

Now I need to make certain that this is the only record that was created by Kraft and Zenf getting married in Campbell County.

There may be more records.

But I don’t want my excitement in making a discovery or my desire to locate more information cause me to bypass citing what I’ve discovered.

Otherwise I have a random image from a marriage on my computer.