I really like this picture of my great-grandparents and their two youngest children. Unlike many photographs I have, it doesn’t seem staged–the clothes are on the line, after all. And the daughter seems to be shooting her father a funny type of look.
But identifying the picture got me to thinking… 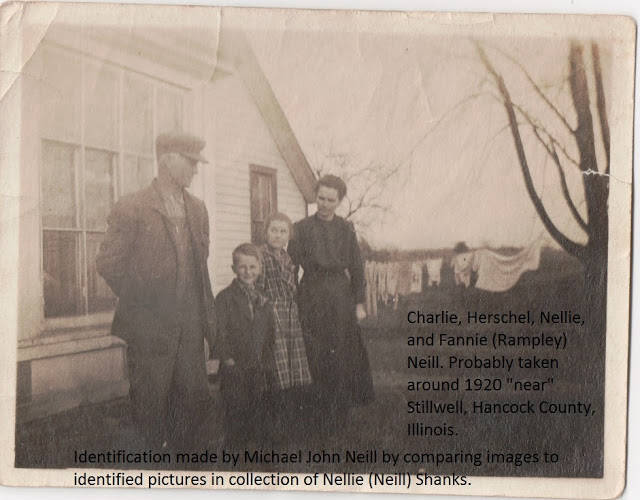 I’m still toying with ways to include “metadata” with pictures. I realize that when creating graphics files there are other ways to include details such as those I’ve written in black on this document without putting them on the actual image itself.  One concern I see is that not all users of graphic images readily access such metadata and some may inadvertently bypass it entirely.

Genealogists who are not necessarily adept with their computer skills may simply copy and paste the image into their own graphics program or genealogical software–thus bypassing any “metadata” that is not an “immediate” part of the image and unintentionally overlooking key information.

And if the image gets saved without any identifying information, then it’s just an old picture of some dead people.