Milley Stewart gave testimony at the house of Captain Jacob White in Bedford County, Virginia, on 23 February 1827. Stewart testified that she was the daughter of John Sledd to whom James Clagg made out a bond for eight pounds.

Stewart testified that the money was not owed to John Sledd. It was owed to Stewart’s mother, Amy Sledd for providing Clagg with board, washing his clothes, mending his clothes, and making his clothes. And Amy Sledd had control of the bond and that was why she assigned it to her son Barksdale Sledd on the same day it was executed by Clagg.

A short time later, Barksdale Sledd returned to have his father, John Sledd, sign the bond over to him as well. The reason for this additional assignment is not stated, but it likely was because the bond was not actually made out to Amy Sledd.

Milley stated that the to the best of her knowledge the bond had never been paid and that her parents had made statements to that effect several times before their death.

And that was all Milley knew. 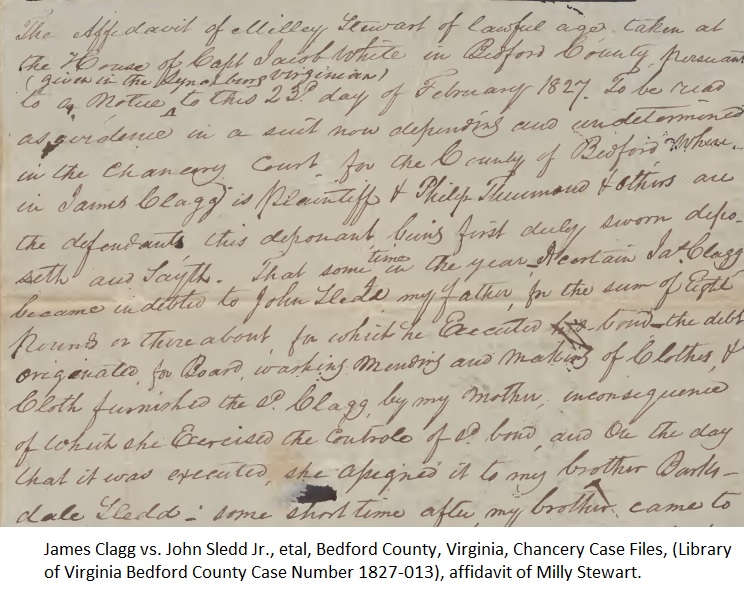 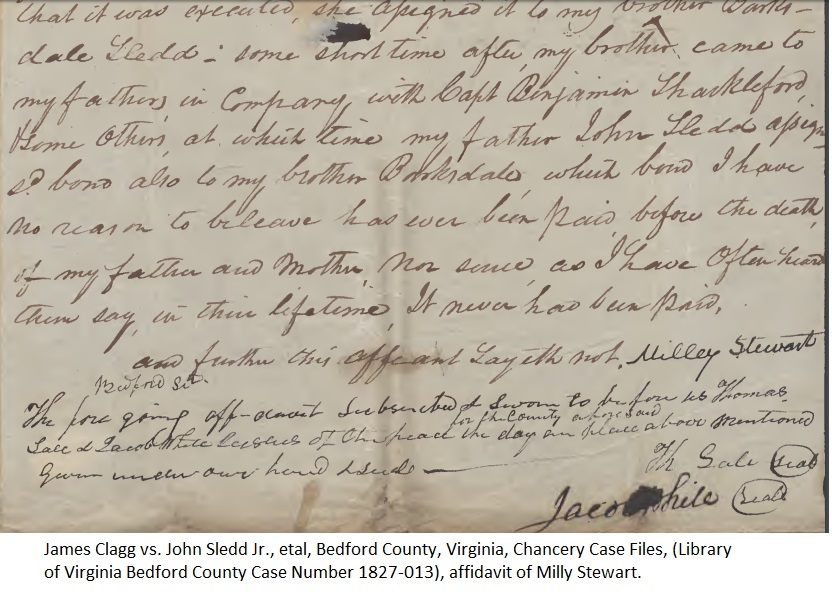 But Milley explained why the bond was made out to John Sledd and assigned on that day by Amy to Barksdale.

Amy had earned the money and the bond was apparently hers to do with as she pleased.

And John, who probably given the period and the location could have revoked her assignment of the bond, honored Amy’s assignment by duplicating it with his own assignment later in 1807.

The real question is: was there a relationship between James Clagg and the Sledd family?