The taking of Emmar’s statement by the pension examiner continued the next day-25 October 1918.

Emmar left Lincoln, Nebraska, after Joseph Oades divorced her. She landed in Prescott, Adams County, Iowa, remained there a month and moved to Cromwell, Union County, Iowa, where she lived for fifteen years. She went there with  “my boy, Job Pollard and Tom Pollard who was killed on the railroad in Florida.” 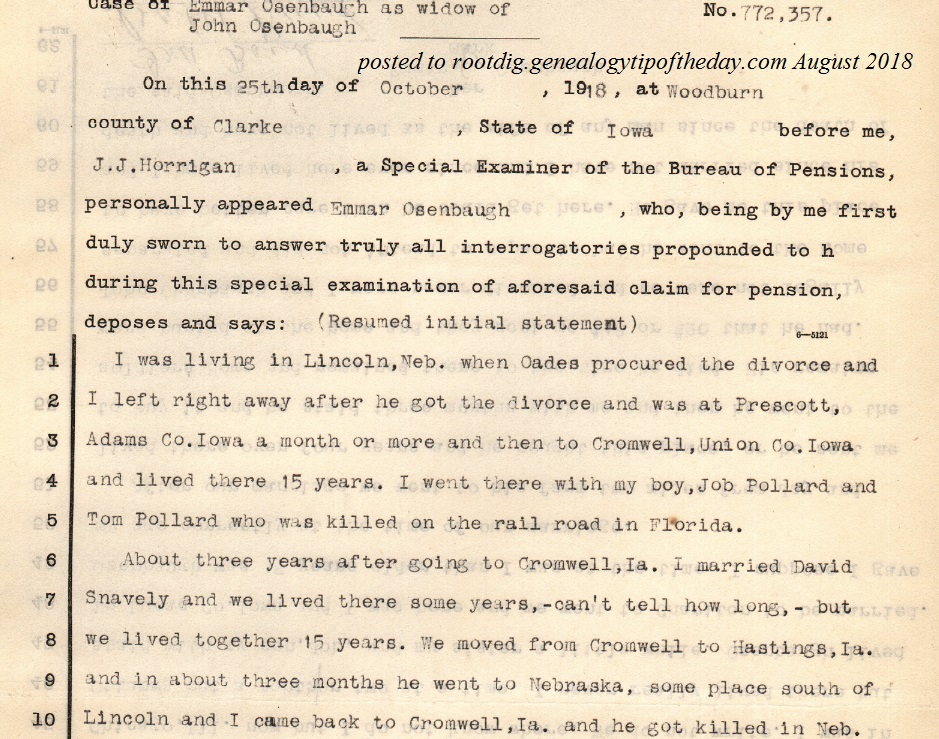 That statement, like many in Emmar’s statement, will require some following up.

Three years into her Cromwell residence, Emmar married David Snavely. They lived together fifteen years. They spent about three months in Hastings, Iowa, and then went to south of Lincoln, Nebraska.

He “got killed” Nebraska.