The 1850 census enumeration for Nazaire Drollette in Clinton County, New York (“Californians Living in Upstate New York in 1850“), indicated that he had $45 of real property. This warranted further research. The value of the property did not matter. If Nazaire really owned real property, there should be evidence in the county records of that land ownership.

The grantee index for Clinton County, New York, deeds was referenced in an attempt to find Nazaire. The index is partially alphabetical, based on the first two letters of the last name (at least in this county–different counties will be different). The years in which the deeds were recorded were noted (hopefully correctly) on the index. I started in 1850 and worked backwards.

It was an easy find–there he was in the entries for 1850. I almost missed him as I was looking for the first name “Nazaire” and the way his name is written in the index it looks like “Meyer.”

The actual deed was located easily. We’ll analyze it later, but for now there are a few key items of interest:

It should be noted that my search of land records for Nazaire was not complete. I only targeted 1850. A more comprehensive search should also be conducted. That search will begin a few years before 1850 as it’s believed that he was born around 1828 and would not have purchased property in his own name until he reached twenty-one years of age. 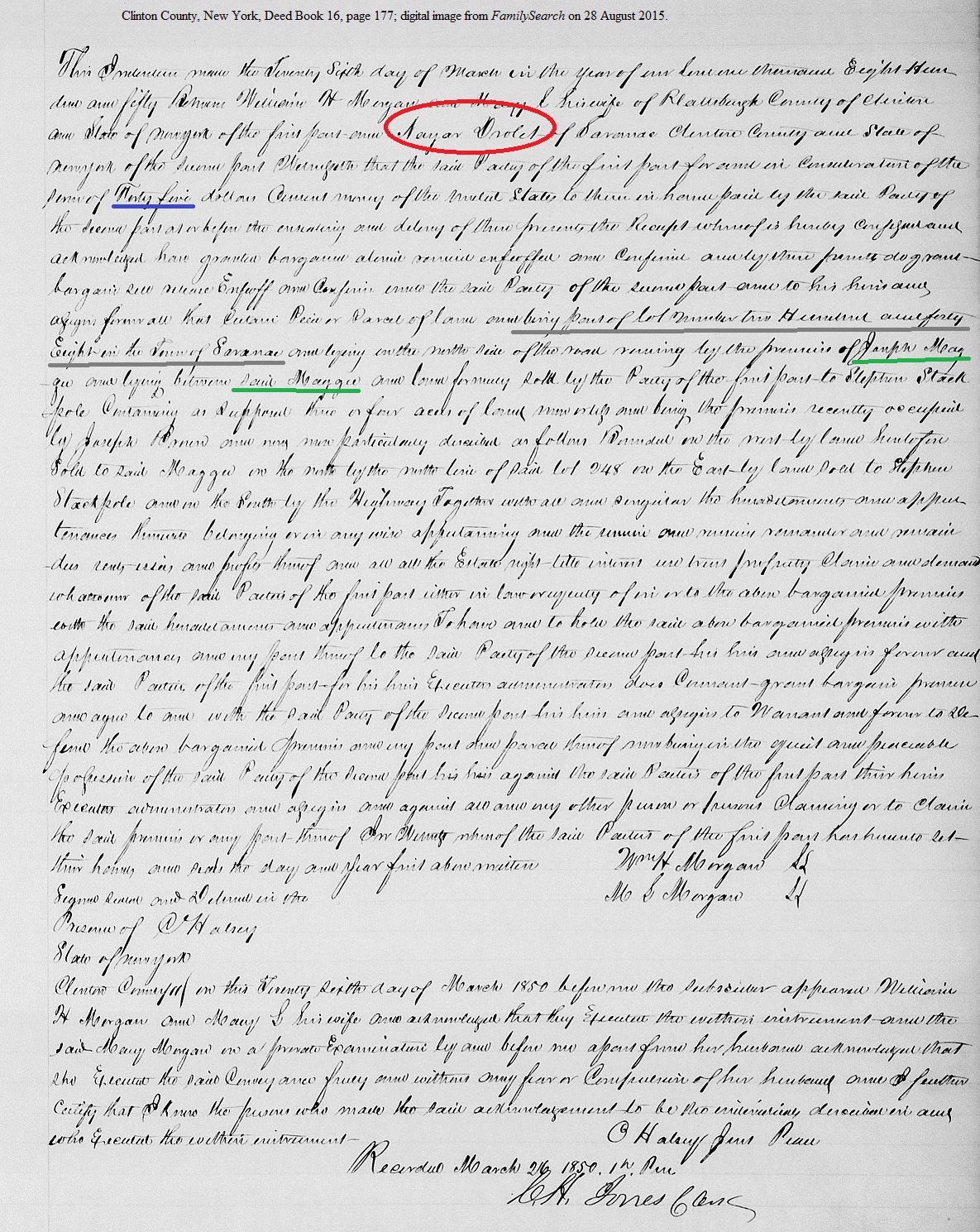