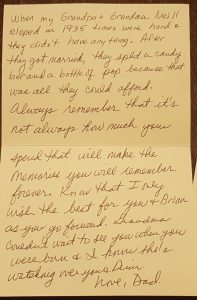 I wanted something personal to give my daughter when she recently got married, so I came up with an idea that had a slight genealogy bent.

She and the fiance received two individually wrapped bottles of pop and candy bars along with a note that I wrote about my paternal grandparents and how they split a bottle of pop and a candy bar after they eloped. I’ve been told that one bottle of pop and candy bar is waiting for them to share on their first anniversary. I also included in the note how anxious my grandmother was for my daughter to arrive as she was the first great-grandchild. The items were wrapped a little bit obsessively, but that was part of the fun.

Another envelope had money in it–entirely in $5 bills. My maternal grandmother had told me several times how her Grandmother had given her $5 as a wedding gift in 1941. That story was used for the second note along with a little reminder about how “every little bit helps.” 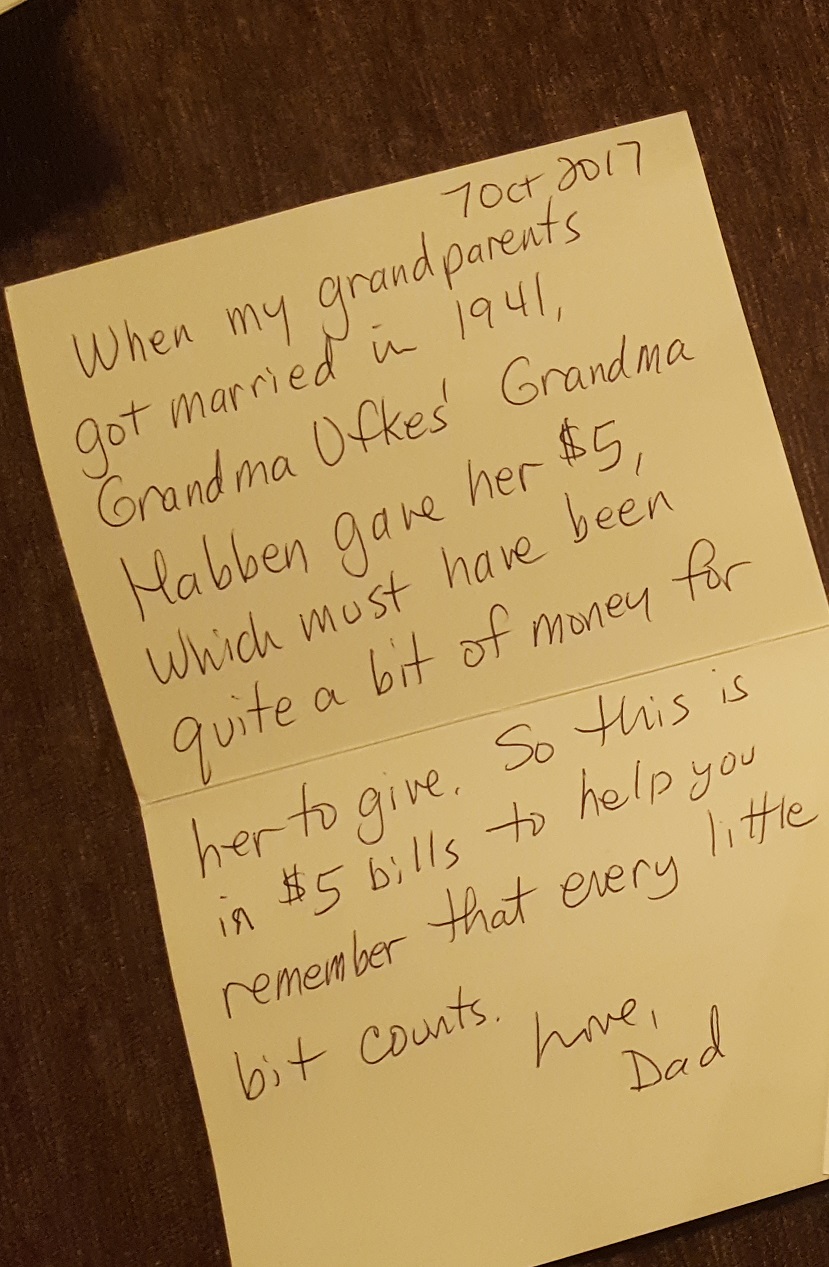 I didn’t take pictures of the notes. Fortunately my daughter was willing to share them with me after the fact.