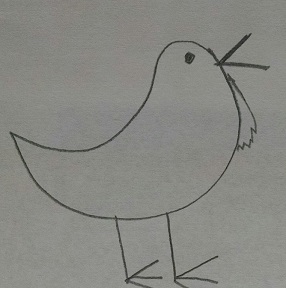 Grandma’s baby chicks used to stay in what sounded to me like “birder” house, but was actually a brooder house.

Do You Ear What I Ear?

Last week’s article used the term “birder” house. One astute reader gently indicated that I most likely meant “brooder” house. I thank them for the correction and must plead ignorance for while I was raised on a farm, we did not have chickens. You can be certain I will not make the same mistake using bovine phrases—I would never hear the end of it!

The mistake makes a point and I’m actually glad it happened. Mishearing and misinterpreting words and phrases can cause problems genealogically in several situations. I have categorized the difficulties here, but bear in mind that there might be some overlap and that the distinction between some categories is not really important.

Did Not Hear Correctly
Just as I misunderstood Grandma, it might be that the respondent on an official document or record did not hear correctly and gave “incorrect” information as a result. This same difficulty can arise when family members are asked for information. In one of my families, confusion arose between the two names “Augusta” and “Geske.” These names are distinct, however, an individual with a hearing problem might easily confuse the two.

Misunderstood the Question
The respondent might have heard all the words and thought he understood the meaning of the question. If your ancestor gave an “incorrect” birthplace for his mother or father, is it possible that he interpreted the question as “where is your mother from?” instead of “where was your mother born?” Mother might have been born in one place and “been from” somewhere else (depending upon where she grew up and where her family originated). It might have been this place that she considered herself “from” even though it was not actually where she was born. We cannot know for certain what our ancestors were thinking when they were answering questions for the census taker or the marriage license clerk. All we have is the document they left behind.

When interviewing family members use as many names as possible. Relationships can create confusion. When interviewing my grandmother, it took several minutes to make it clear to her that I was asking about her grandfather Trautvetter, not her father. She had referred to her own dad as a grandfather for so long (to her own children) that she originally answered the questions as if I was asking about her father. Using her grandfather’s name of John reduced the confusion (her father, fortunately was named George). While it may not be possible use names exclusively, minimizing the number of relationships used when asking questions can reduce confusion.

Did Not Know the Language
Was your immigrant ancestor answering questions that were asked in a language he did not understand? Even if your ancestor could speak English, it seems reasonable that she might have easily mistranslated a key word or phrase.

Was Not Listening
Have you ever answered a question without ever really listening to it? Asking your parent, spouse, child, or co-worker might provide a different answer. Is it possible your ancestor was not paying one hundred percent attention when the 1920 census taker knocked on his door? Did your ancestor assume no one would ever really care about the answers eighty years later?

No One Cared
When the clerk was filling out my marriage license, he asked me how to spell my mother’s maiden name. And so I spelled it out. If I had married in the county where I was born and raised, most of the office staff would have known how to spell the surname (and many would have known it without even asking). Close attention is not always paid to detail today and it certainly was not one hundred and fifty years ago either.

Spoke a Dialect, Used Slang, or Had an Accent
Dialects and variations in pronunciation can impact how words are spelled in records. “Gibson” can easily be pronounced so that it is spelled like “Gepson.” There are numerous names where this is a problem, a problem compounded by dialects, “drawls,” and “twangs.” While it may be possible to know how our ancestors pronounced a name or a word, this information is generally not available.

It Has Been a While Since I Was Able to “Ear” It
In some cases, it is literally a lifetime from the day when a family tradition is heard until that day it is told. You grandfather might have heard a story when he was a child and not repeated it until he had grandchildren of his own. The chance that as a child he misunderstood something is reasonable. This difficulty is compounded by the effects time can have on one’s memory.

The Ancestor Was Not Literate
If your ancestor was unable to read, she could not “proof” any answers or words listed on any form she might have signed. Even if your ancestor could read, if the forms were not in her native tongue, she might have easily misunderstood a question (or her answer). The clerk might not have been concerned about explaining it to her either.

Genealogists need to bear in mind auditory difficulties when dealing with records. These difficulties are compounded by problems with how our ancestors might have interpreted various terms and phrases. Documenting these difficulties may be impossible in many cases. When it can be done, it should, especially with pronunciations.

I always track the ways names are pronounced when I know it. One of my ancestral surnames is Behrens. My great-grandmother pronounced it as “barns” (the kind cows sometimes reside in). This pronunciation is duly noted in my files. While it’s not written as technically as it would be in a dictionary, it serves the purpose.

But I Don’t Know How It Is Pronounced
Asking older family members is a good first step, but not always possible. As your research progresses further and further back in time, the chance that living family members have heard the name decreases. Researchers who do not know how a name is most likely pronounced may wish to post such a question to one of the mailing lists for the surname or the message boards at http://boards.ancestry.com. Individuals with the name may post replies, but it is important to remember that the pronunciation today may be significantly different from one hundred and fifty or two hundred years ago. [update–try posting the question to the appropriate ethnic genealogy group on Facebook.]

Genealogists use their eyes for the bulk of their genealogical work, and rightly so. But we must also use our ears and mouths—for that’s how many of those words made their way from our ancestor’s minds to those records.