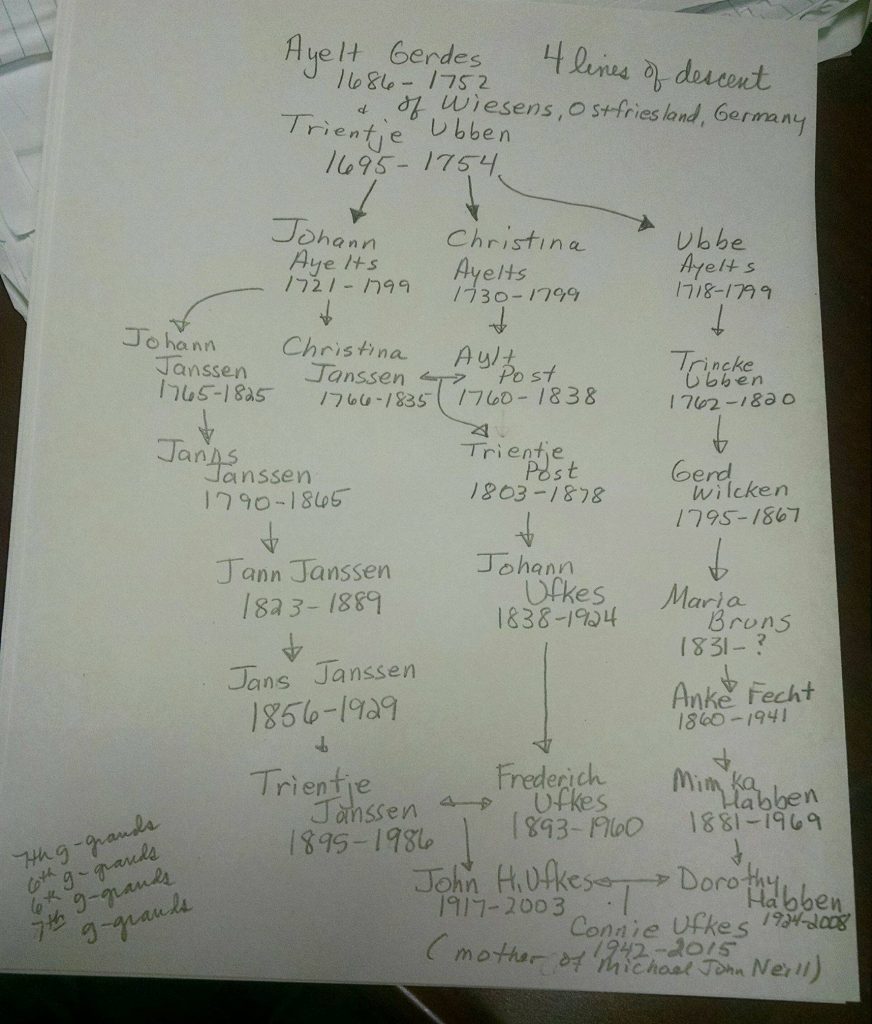 I’m not repeating myself. I’m talking about Ayelt and Trientje (Ubben) Gerdes who were early 18th century residents of Wiesens, Ostfriesland, Germany.

It’s not unusual to be descended from the same couple more than once, particularly when your relatives were from a small village and rarely moved a distance from their home. In my case, even though there was immigration to the United States, many residents of the village these people were from settled in the same rural area–increasing the chance of eventually inter-marrying with a fellow descendant.

“Cousin Statistics” (on the International Society of Genetic Genealogy Wiki at  https://isogg.org/wiki/Cousin_statistics) suggests the following probability of having DNA from:

I could easily share a piece of Ayelt and Trientje’s DNA with other descendants. From the standpoint of analyzing my DNA results that’s something of a problem because for me that DNA could pass through three distinct lines in my ancestry. That makes analyzing my matches a little more problematic.

This is one reason why when your people lived in the same small place for generations analyzing your matches is somewhat more challenging.

As for the chart I made–sometimes it easier to draw things out on pencil and paper. This one was not to difficult to draw the first time. The individuals I descend from seven times were a little bit harder to map out.