Sometimes all it takes is one record to throw everything off.

Such is the case of the will of Elizabeth Frame which was signed in Chicago, Illinois on 30 October 1918 and admitted to probate on 18 February of 1920.

“I hereby give, devise and bequeath until William Apgar, whom I raised, the sum of…”

Until this will, all records had indicated that William Frame/Apgar had been the son of Thomas and Elizabeth (Watson) Frame.

And the will is pretty clear that William was not Elizabeth’s biological child. 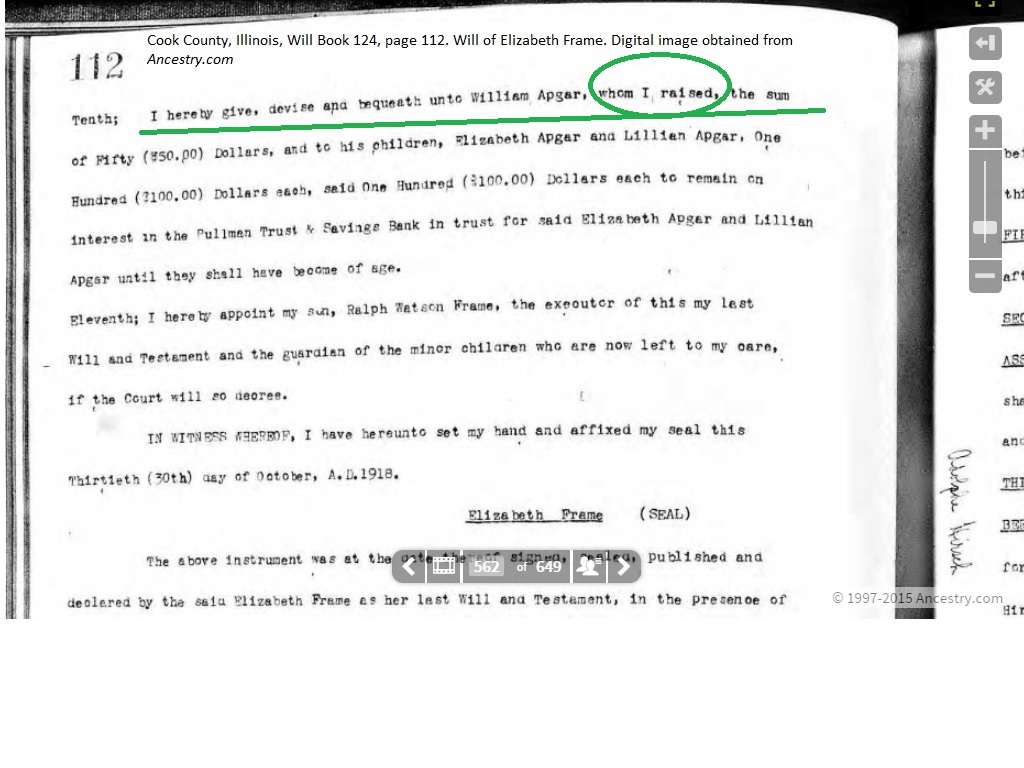 The will of Elizabeth Frame was crucial in this case and I should have referenced it earlier. Even when you think you “know everything” about a family, one source can throw everything out on it’s ear. Thus far, I had been unable to locate a birth record for William Frame or William Apgar. Now I’m thinking that there may be more to his lack of a birth record than simply the fact that the entry was not recorded.

Sourcing this item is crucial. Simply saving the image or linking to it is inadequate-even though Ancestry.com makes it very easy. I need to know in which volume this item was located.

To find the volume in which this will record was contained, I maneuvered using the film strip tool on the image page until I was at the front of the volume–which contained an alphabetical index of the testators 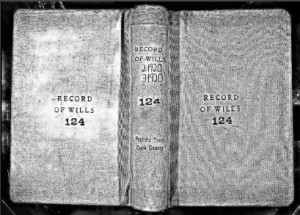 mentioned in the will book. I then paged through until I arrived at the front cover of the book. I then had the volume number and the fact that this record came from the Probate Court of Cook County.

We’ll have updates on this family as research warrants.

This is a discovery that I was not expecting to make.