True to what she said in her affidavit, Cornelia Albers did file a claim for her homestead on 17 December 1883 as evidenced by this receipt for the $9 filing fee paid in the North Platte, Nebraska, land office. This duplicate receipt was apparently the one retained by Cornelia after she left the land office. 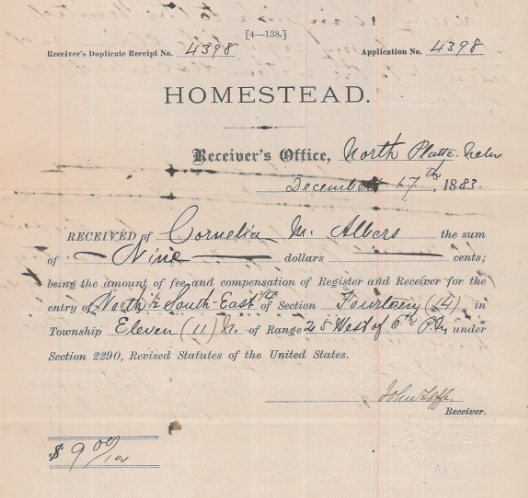 As she indicated in her affidavit, she transferred her claim. Her relinquishment of her claim on 1 July 1884 was made to the United States government, not to her grandmother. That relinquishment was made on the reverse side of her receipt and was acknowledged by a local notary public.

Given that she technically was not of age when she made the claim, it might have been ruled invalid anyway. That’s why she (or someone in her family) had her grandmother, Antje, file a claim for the same property. Improvements had been made on the property and those would be lost if the claim went “outside the family.” As we will see, Cornelia and Antje were not the only members of the Albers family living in Dawson County, Nebraska. In fact, they are are an excellent example of indivduals who were part of a larger chain of migration. 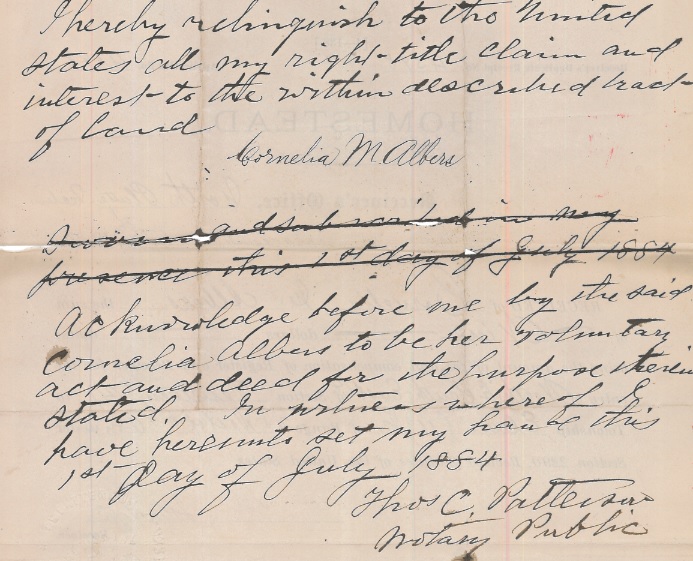 As we continue this story, we’ll see that Cornelia had a little help in remembering her birthday–and it likely was not from her grandmother Albers.