That does not mean they are perfect. The coding used to generate these matches still relies on “same name” is “same person” theory. For those of us who have several ancestors with similar sounding names, that makes it easy for  Ancestry.com to make some weird connections.

The problem is that I know there are people who assume these “shared Ancestor Hints” must be correct because they are only pulled from your DNA matches. That’s not true.

The “Shared Hint” suggested that Antje had sons Gerhardus Geerds and John Gerdes Loschen. Apparently the tree thought she was married twice.

John Gerdes Loschen, according to the descendant was born in 1890 in Illinois. That John had a mother Antje Janssen, born in 1860 and died in 1945.

Gerhardus Geerds, another son of the “same” Antje Janssen was born in 1726 in Germany and also had a mother named Antje Janssen–I just don’t have a birth date for her. That’s partially because if I don’t have information that suggests a date of birth, I usually do not even enter in an approximate one. One would think that the programmers at  Ancestry.com (who apparently have the wherewithal to program the DNA analysis) would be able to check against children born over 150 years apart to the same mother.

The relationship between the other submitter and myself was also suggested. I’ve removed the name of the submitter and his father, but it indicated that we were second cousins six times removed. That is a big stretch and would mean that my 6th great-grandfather and the grandfather of another DNA submitter were brothers. That is another connection that should be flagged in the system as likely not likely. 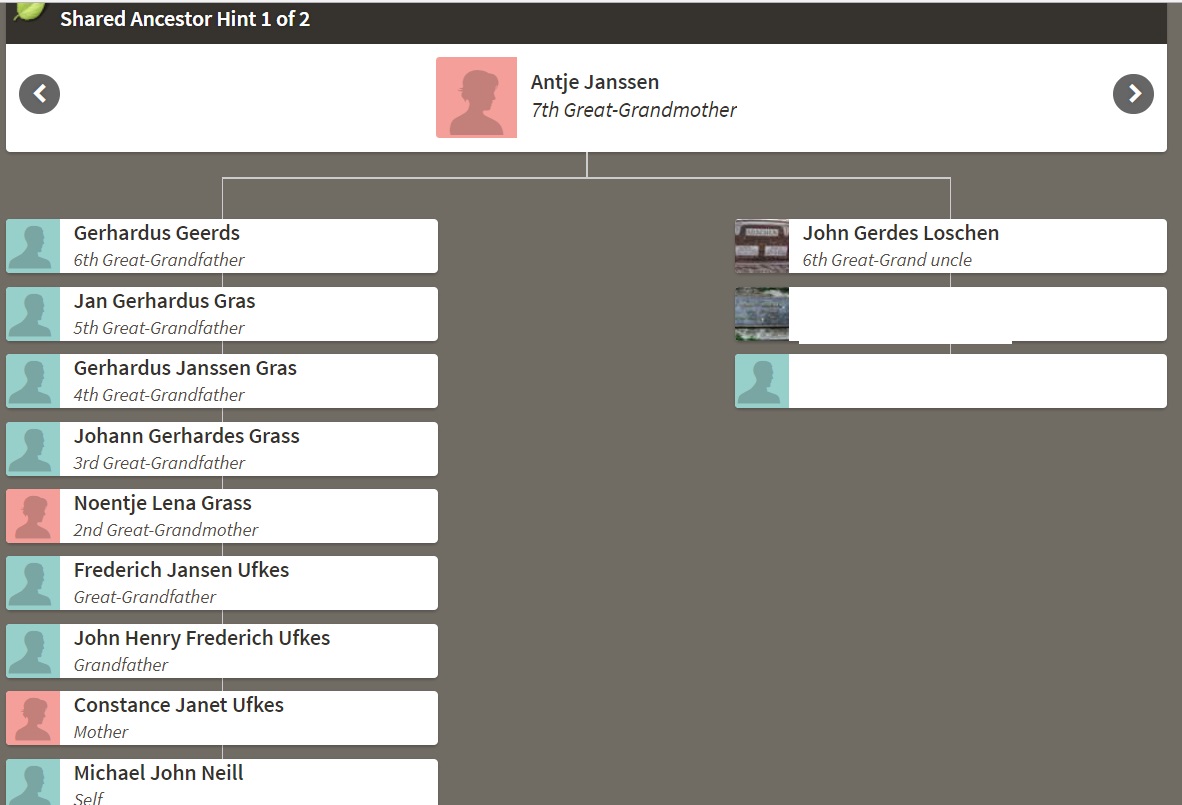 When I see easy to fix errors showing up in the “suggested hints,” it always leaves me with a nagging question:

if there are errors like this in the “matching” what other errors could there be that I can’t see?