The database entry for Aquilla Jones and Lettie Cook, taken from “Tennessee, County Marriages, 1789-1837,” on FamilySearch indicates that they were married in April of 1798 in Davidson County, Tennessee. 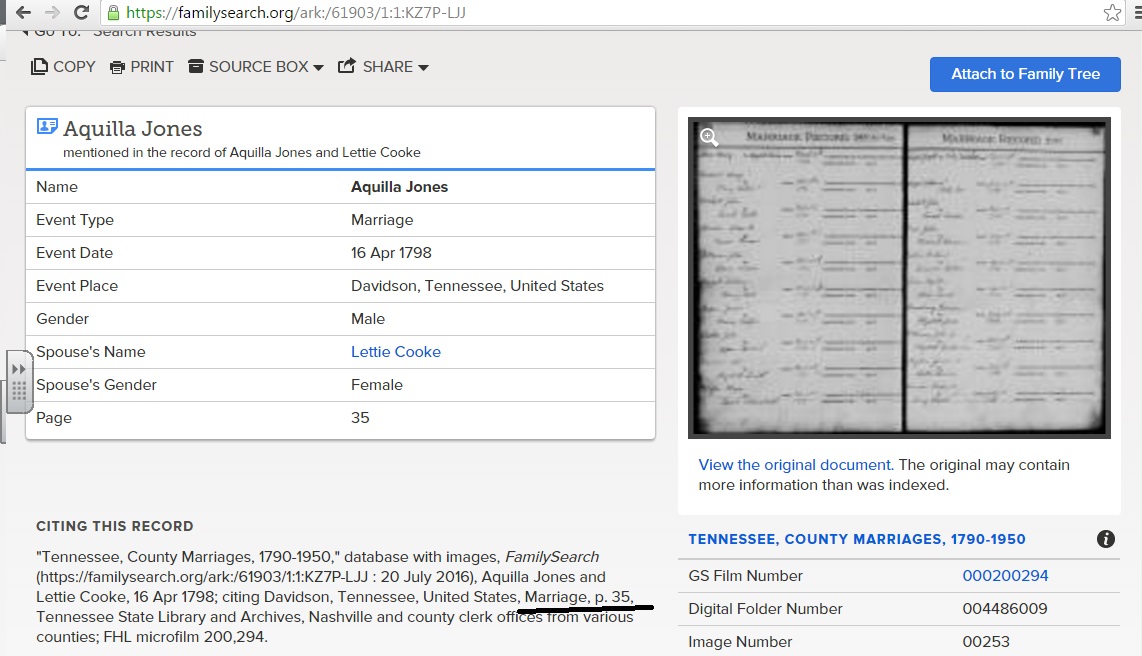 The actual record page stated that the date shown in the index was actually an “issue date,” apparently of the license. A look at the actual page suggested that this was not a contemporary register and may have been a handwritten copy made later. It may have been that the actual record’s date was not an issue date at all and the transcriber was just putting that date in the “issue date” spot on the pre-printed page.

My citation to this marriage record needs to indicate that the item I am using appears to have been a handwritten transcription of the original. This conclusion is based upon the fact that the handwriting is extremely consistent for entries made over a series of several years and does not look like other script I’ve seen for the same time period in the same location. The printed form on which the records were written was also rarely used during the time period in which these marriages took place.

This does not mean the information is inaccurate.

It’s just that I need to indicate that the item I was using was a digital image of a microfilm copy of what appears to have been a transcription of the original marriage record. All those links in the chain matter. 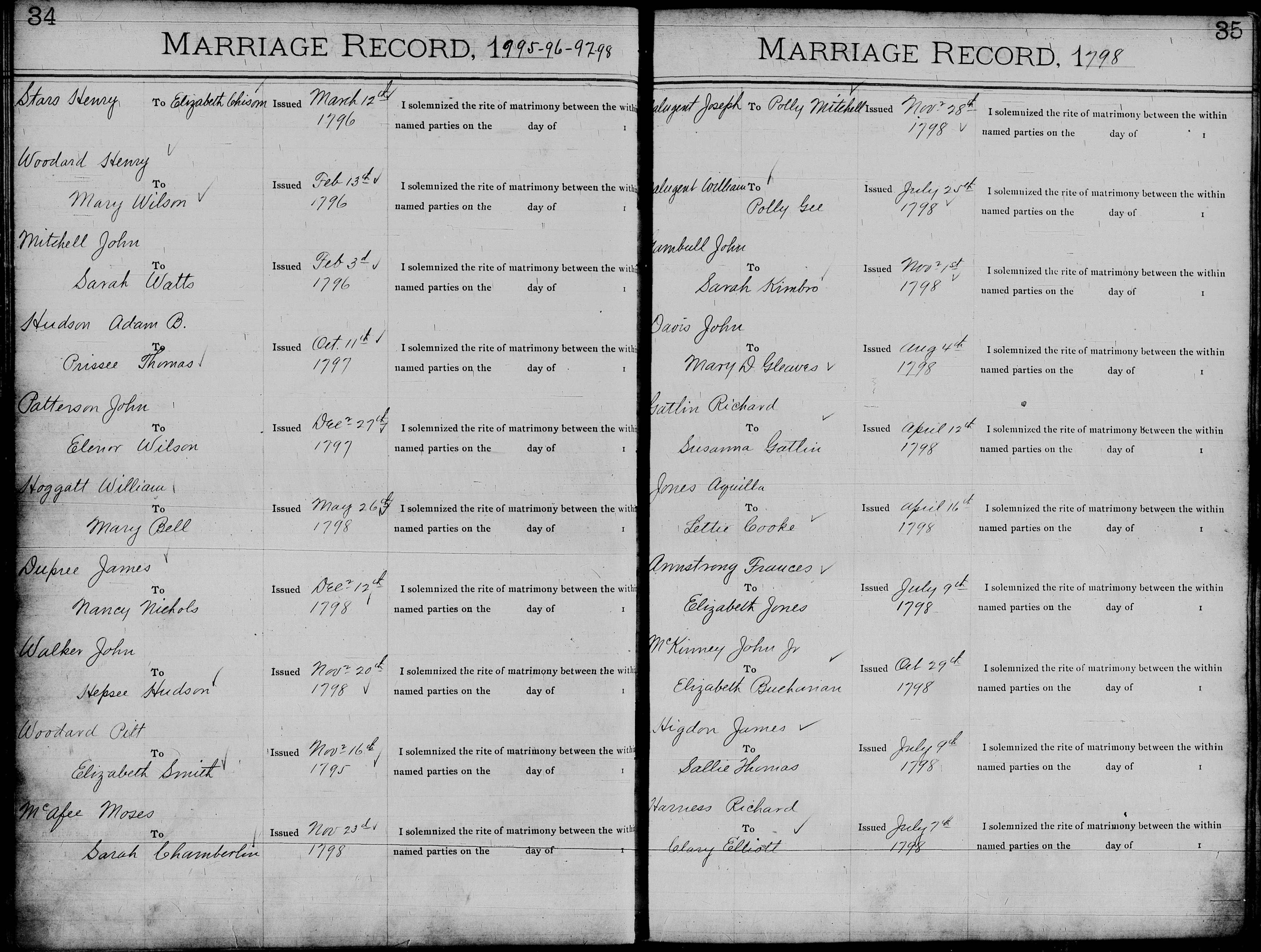 The citation FamilySearch suggests needs a little work as well–just saying page 35 in insufficient. I need information indicating from which volume this page was taken. The film number (given in the search results) can sometimes assist with this, but there are times where one roll of film contains several individual volumes. For this reason, I chose to browse the pages.

A little scrolling revealed the pages were microfilmed in reverse order. Not apparent at first, a little maneuvering through the images made the ordering of pages clear. The “cover page” of the volume was found at the end which indicated that this page was from Davidson County Marriage Book 1. 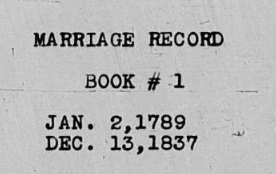 Why do I care?

Because if I can get the contemporary marriage register or record, that is preferred to this. If it is extant. Sometimes a handwritten transcription was made because the original was in a deteriorating condition.

But my citation needs to indicate what I’ve used and it certainly needs more of a citation to the original volume than page 35.