On paper, I’m 1/8th Irish. My great-grandfather, Charles Neill, was born in 1875 near West Point, Hancock County, Illinois, to parents who were natives of Ireland.

We’ve mentioned before the difference between a paper pedigree and where your DNA says you originate. The DNA ethnicity goes back significantly further than the paper pedigree. My 1/8th Irish heritage stems from Samuel Neill and Annie Murphy, mid-19th century Irish immigrants to Canada and eventually the United States.

The ethnic results are based upon migration patterns over thousands of years. That’s a great deal more than the approximately 175 years I have my Irish heritage traced back.

AncestryDNA puts me at 4% in the “Ireland/Scotland/Wales” category. FamilyTreeDNA and MyHeritage put me at 0%. Keep in mind these percentages are approximations.

Personally I look at all of these as broad generalities. They all say my heritage is European. That’s consistent with what I know. The rest of the numbers are based upon a variety of assumptions–about migrations, about people’s backgrounds, etc.

I’m not too worried about the “far back” ethnic results. For me…the results are entertainment more than anything else.

But…I’ll focus more on my paper tree and using the DNA results to connect with people in the present–not on ancestral origins thousands of years in the past. 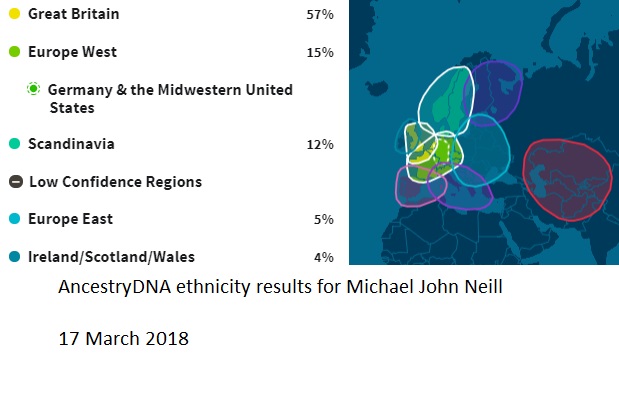 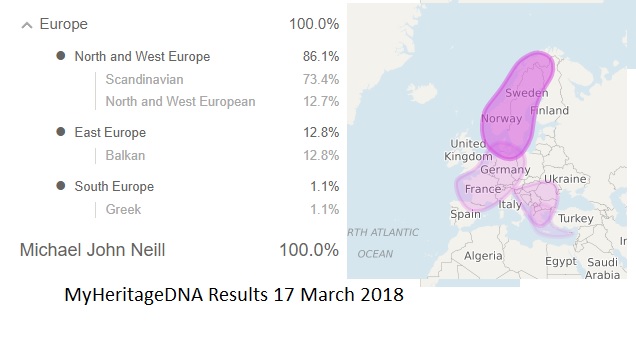 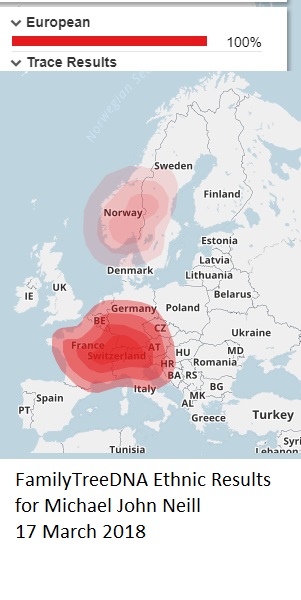