A reader once told me “I know more about the Trautvetters than I do my own family.” It was meant as a compliment and that’s the way I appreciatively took their comment. There are certainly enough stories to keep me writing for some time. 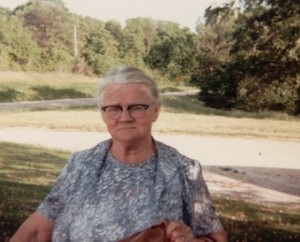 When I was probably seven or eight my Grandma Neill, for reasons that now elude me, asked me if I knew how to spell “Trautvetter.” We were in the kitchen or the stoop of her home, a detail that I remember for no apparent reason. I rattled the spelling off correctly and Grandma was impressed. I’m not certain it meant I was inherently smart as I had invariably seen it somewhere by that point in time. It was probably the longest word Grandma used on a regular basis and one she herself had learned how to spell at a young age. It was after all her maiden name.

And there are several ways to spell it. Grandma’s immediate family uses Trautvetter–the spelling that was ingrained in my head. A more remote branch of the family that lived in the same general area uses Troutvetter and the Kansas branch uses Troutfetter. The reasons for the variant spellings have been lost to history, but I try my best to use each branch’s preferred rendering. No matter how the name is spelled, we all descend from Johann Erasmus Trautvetter, born in the 1760-1770 era in Thuringen, Germany. 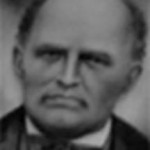 I was reminded of how much I write about the Trautvetter family on this and other blogs when a reader of Genealogy Transcriber immediately knew Trautvetter was last name on a recent post despite the difficult to read nature of the signature. An attendee at a lecture told me that I was simply lucky the family left so many records. I’m not so much certain that it is luck…instead it’s a matter of researching just about everything I can get my hands on and seeing what story those records tell me.

John George Trautvetter (son of Johann Erasmus) immigrated with his family to the United States in 1853 only to return by himself to Germany around 1870. His funeral entry in the German church records in Bad Salzungen refers to his returning to “live as a retiree without his wife” and there are land records in Illinois documenting the transfer he and his wife made of their real estate in the late 1860s. Those transfers indicate that the child obtaining the land is to make separate annual payments to each of his parents until both of them are dead. The separate nature of those payments would have been a clue that something was amiss even if the church records in Germany had not mentioned the couple’s marital split. He would have been in his early seventies when he returned to Germany by himself.

John Michael later sold liquor in the 1890s without a license somewhere near Tioga, Illinois, but we’ll leave the details of that to another post. Let’s just say it’s a reason one should check the criminal index to court records on a regular basis. While carrying some wood up the stairs to his bedroom, John suffered a stroke, fell down the stairs, hit his head, and died.

John Michael’s brother Theodore Trautvetter disappeared for about a month in the 1890s. He left Warsaw, Illinois, where he had been attending business and vanished. He was found a month later in rural Kansas. The blood that someone thought they saw on the base of the Mississippi River bridge apparently wasn’t his–or if it was, it wasn’t enough to do any permanent damage. Let’s just say that it pays to check all the newspapers one can get their hands on. 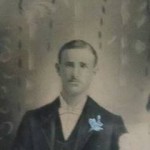 And Grandma’s brother, another John Trautvetter–who was actually John Julius Trautvetter instead of John Michael Trautvetter as Grandma believed–was something of a “rounder” (Grandma’s word) who Grandma never told me was divorced because those sorts of things were not discussed. It always pays to check local court records.

And then there’s Philip Troutfetter-born near Warsaw, Illinois, who grew up near Colby, Kansas, and ran a newspaper there in the 1890s. He homesteaded in Nebraska and Colorado, “borrowed” money from his mother-in-law, had a wife and several girlfriends simultaneously, spent time in Cuba and Columbia, and was arrested while working as a waiter in Boston.

There’s also the relative who were were convinced would die due to a gunshot wound. Immediate family members probably know exactly who I’m talking about, but I’ll keep that name to myself.