These certificates were digitized through a project with the Indiana Archives and Records Administration.

The death certificate for my great-uncle Herb contained an interesting bit of white space as shown in the illustration. 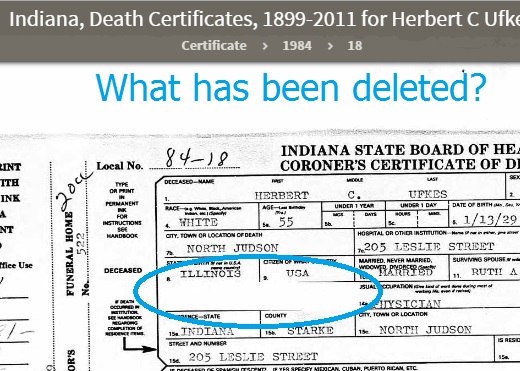 What’s missing? The description for this database does not indicate any information has been excised from the document. 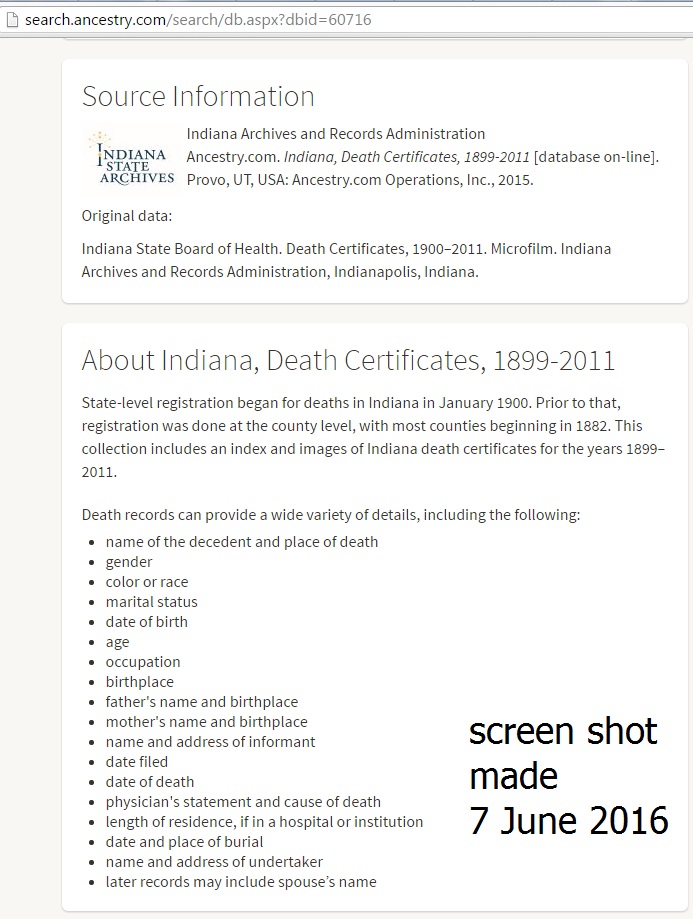 I’m conjecturing that the “white space” is where the Social Security number was typed on the document.

It would have been nice if Ancestry.com  had indicated that information had been deleted from the actual record.

Did Ancestry.com reproduce the entire record when they digitized the images and then excise apparently omitted portion? Was it “whited out” before the images were made? This brings to mind a whole series of questions regarding the digital images that we use of records and that we rely on.

It also reminds one of the importance of citing exactly what one uses using the citation guidelines as suggested in  Evidence Explained. My citation to this image should include:

It would have been nice if the description of this database at Ancestry.com had indicated that some information had been excised from the record.