While there are reasons it can happen, it always strikes me as odd when a death certificate has a precise date of birth and no other information about the person’s origins. I realize there are reasons why death certificates are incomplete (the informant being upset being the biggest one). It just always seems a little weird to me that the date of birth is precise and that’s all that is really known about the person’s origins.

Looking at the cause of death, it appears that Jurgen Albers died suddenly on the morning of 24 February 1938. The suddenness of his death may have added to the confusion on the part of the informant–which was his wife.

The certificate was filed the day after his death and apparently the place of birth was written in after the bulk of the document had been typed. There is no cause of death and no investigation was made into his death.

It could be that the sudden nature of his death was the real reason the informant “didn’t know.” 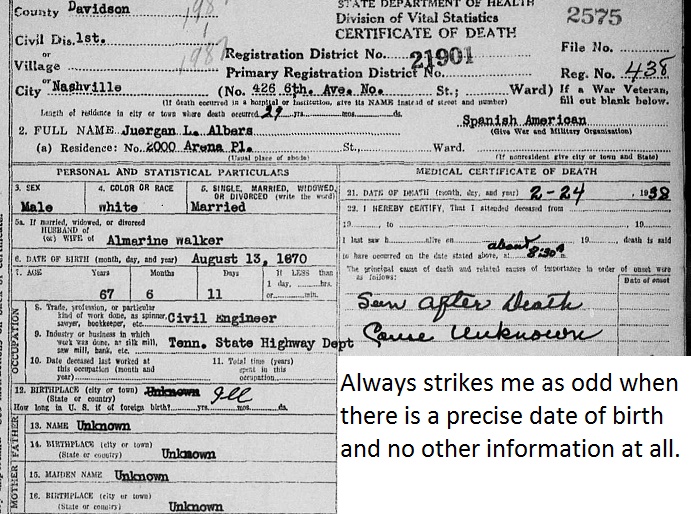