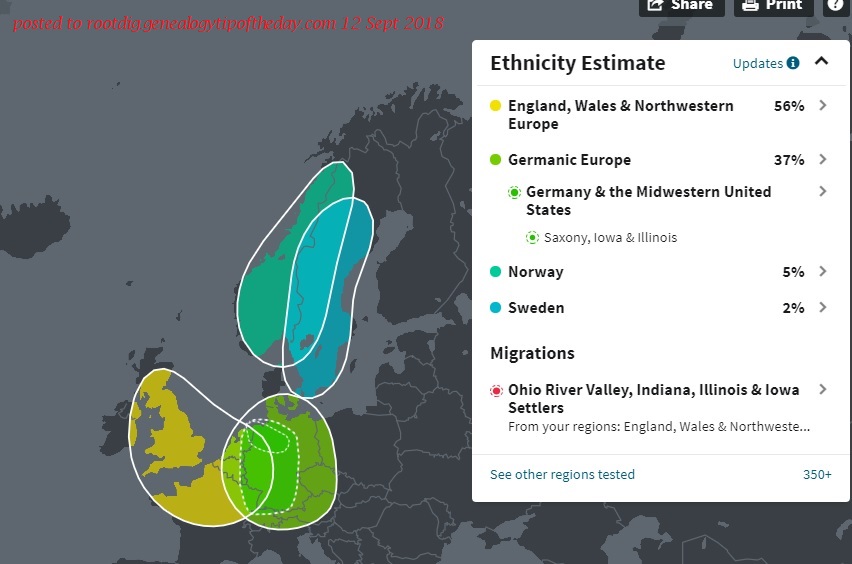 As usual, I’m taking this with a huge shaker of salt only to be used on buttered popcorn while watching entertainment. Keeping in mind that these estimates are based on ethnicity reports from submitted tests (and I think a few known migration details from history) and are “further back” that I’ll ever trace most of my tree, it really is a quick diversion. In my case:

The only “surprise” in my estimate at  AncestryDNA is the “England, Wales & Northwestern Europe” portion. But it’s all relatively consistent with what I expected and I’ve got more recent people to work on and worry about.

Now if I had said I was twenty-five percent Native American–that would have been a different story.