A name like Tamme Tammen should be fairly unusual and it is. However, there were several of them living in the United States at about the same point in time. Despite the unusual nature of their name, they are not all related.

The one who is my focus is the one who was born in Velde, Ostfriesland, Germany in 1856.  Because there is no marriage or death entry for him in the local church records, I concluded that he left the area and probably immigrated to the United States as did other members of his immediate and not-so-immediate family.

Turns out I was wrong. He probably is the right guy.

The age of Tamme from his will is a match. The name of the wife is a match. And this Tamme has real estate in Dawson County, Nebraska.

Now to check the homestead records for Nebraska (which are online) to see if Tamme homesteaded and where that homestead was located. If there is no homestead record or the property description does not match what is in the will for Tamme, I’ll have to obtain local property records in Dawson County, Nebraska. I should do that any way to determine when and how Eke disposed of the property. 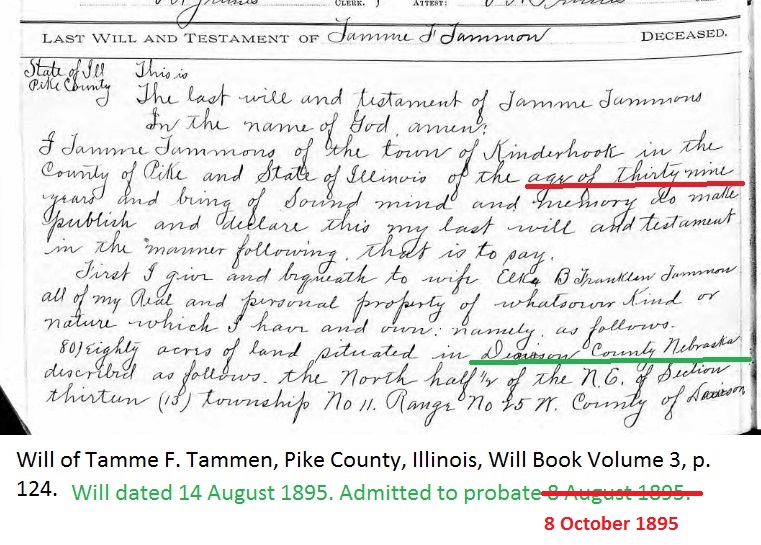