[note: I’ll have an update here if warranted. I’m not holding my breath.]

Good genealogy methodology requires the citation of sources and the acknowledgement of where information has been located. One can’t analyze what has been found if one does not know from whence it originally came. Online images dished up like manna from heaven still need to be sourced.  We should not let our excitement over having online access to records diminish the need to know just where that item was originally created.

One doesn’t always have to follow Evidence Explained to the letter, but one should be following it in spirit.

That’s difficult to to with the database of Montana marriages (“Montana, County Marriages, 1865-1950“) on Ancestry.com. Really difficult.

Problem number one is not a sourcing problem. It is a searching problem. Browsing the images is not easy. The browse option lists digital film numbers, apparently from the Family History Library. Having counties from this “browse by collection” list would be very helpful. There are times when I want to easily browse images instead of always relying on the search box. 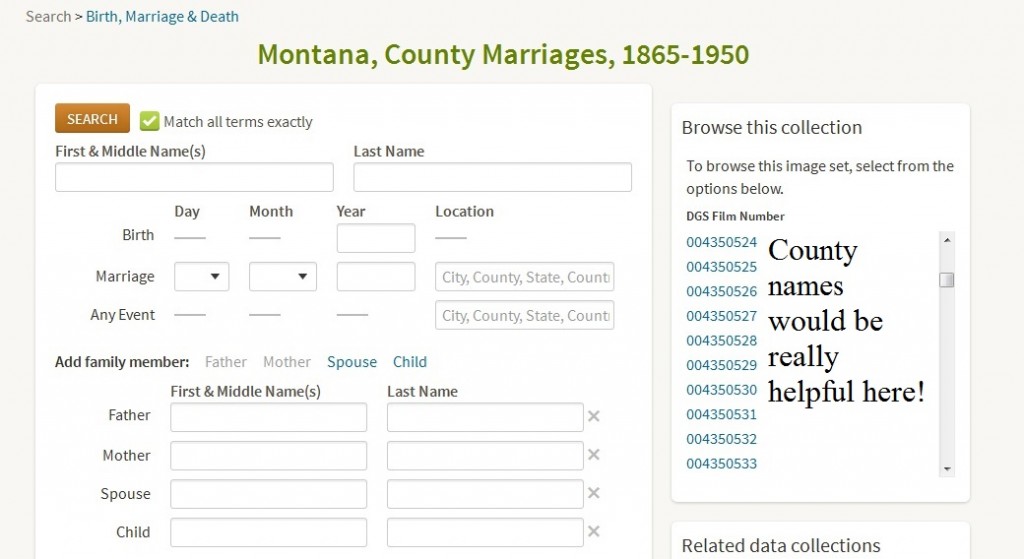 The FamilySearch site has a coverage map for these records (since that’s where Ancestry.com got them), but the Wiki entry doesn’t indicate exactly what is on each “DGS Film number.” Frankly, I shouldn’t have to go digging around for what the “film numbers” contain. The records were filmed on the county level and digitized from that film. “Browse this collection” should have been set up to where a county could be chosen.

Problem number two is that when a record is located, it’s virtually impossible to determine the county record book from whence it came (this mirrors the problem with these records on FamilySearch).

The “source” on the marriage license for Levi Demar just indicates that this item was from “County Marriages.” That’s not sufficient. Obviously I can look at the marriage license and determine in which county it was issued. That’s not the point. Knowing which record book from which this image was created would be helpful. So again I tried to maneuver to the first “image on the roll” in an attempt to view some source information. 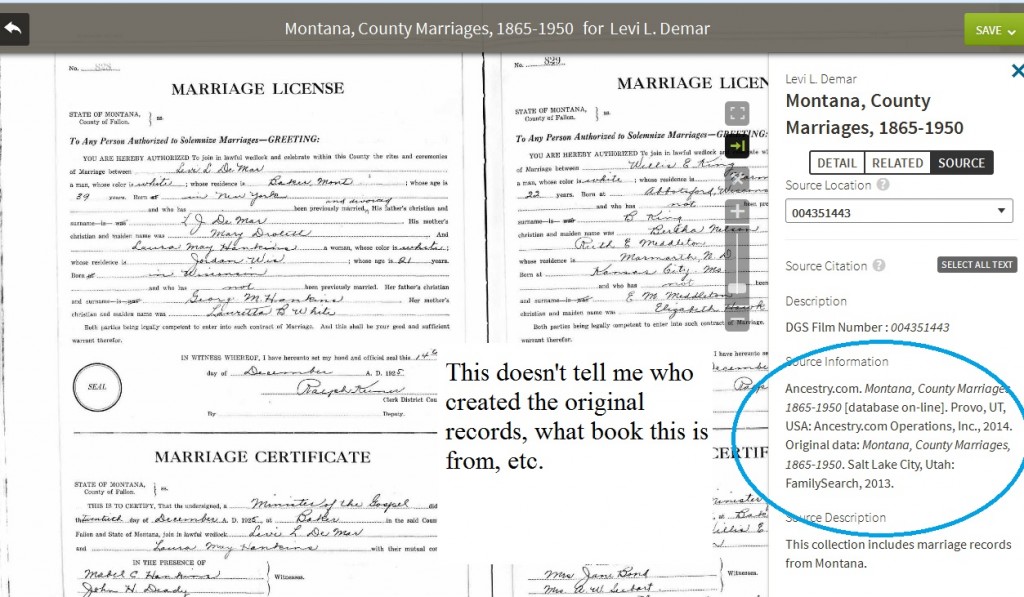 All I got was the first page of marriage licenses from the register–and a left hand image that was the end of the clerk-created alphabetical index. The rest of that index and the title page and cover were probably microfilmed–at least I’m reasonably certain as almost every roll of FHL film starts that way.

Why weren’t they digitized? 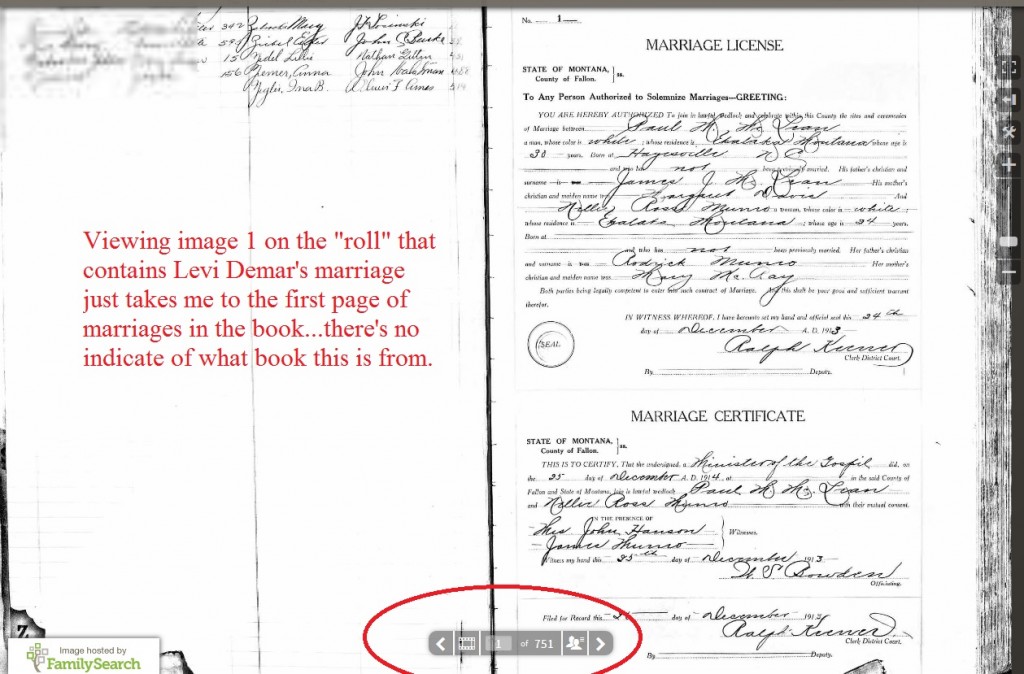 Knowing the book from which this record was created helps me craft a complete citation. My citation to this record should include at the very least:

I can’t include those two items. If the local courthouse has materials and I want to make certain I have “everything” I may have to order something from them that I already have because I can’t be certain of exactly where this digital image originated.