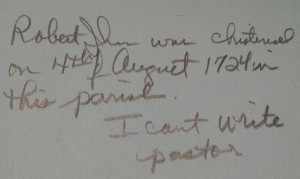 These are a little tongue-in-cheek. Well, at least some of them. It’s also not meant to be complete either and is based upon personal frustrations. Your frustrations may be different.

Genealogy would be easier if: