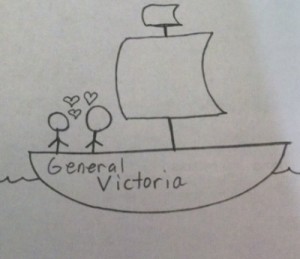 More research needs to be done before I jump on board the “Peter and Barbara met on the boat” boat.

Obtaining the names of the parents of Barbara (Siefert) Bieger Fennan Haase Haase caused me to make a renewed effort to locate her on a passenger manifest. The hope was that I might find an entry for a Barbara Siefert with her parents Frederick and Maria Barbara Siefert. So far no success.

However a complete read of a manifest entry for one Barbara Seyfert located other names on the manifest that may be of interest.

The fact that both Seyferts have the same age was noted. It is entirely too early in the research to speculate on whether the same ages are correct or an error on the part of the person who wrote the manifest.

However there were other entries on the manifest that struck my interest: an apparent family with the last name of Bieges that included a Peter Beige. Peter Bieger/Bigger(s)/Biegert was the name of the known Barbara (Siefert) Bieger Fennan Haase Haase’s first husband.

There are two names between John Beige and Marg Beige. Those names are:

Why these names were inserted between the Bieges entry is not known.

The age of Barbara Seyfert is consistent with the age given for Barbara (Siefert) Bieger Fennan Haase Haase on her death certificate and in the 1900 census. This consistency does not mean that the Barbara on the manifest is the same person as the one I am researching.

The appearance of Peter Beiges on this list may be entirely coincidental. Peter Bieger, husband of Barbara, was born between approximately 1825 and 1829 based upon his age in the 1855 Illinois State census (between twenty and thirty years of age) and the fact that he would have been twenty-one when he made out his declaration of intention to become a citizen in Cincinnati, Ohio (as Peter Bigger) in 1850. That Peter Bieger indicated he arrived in New York City on 4 July 1847 although no manifest entry can be found for him on that date.

The Peter Beiges on the manifest would have been born in approximately 1831, if his age is correct. It’s not that far removed from the approximate birth year range for Peter Bieger.

Before I write a big ol’ story on how Peter and Barbara sailed on the same ship, I need to do some further research:

It is always advised to read the entire ship manifest when a person of interest is located.

It’s also advised to wait to jump to conclusions. The story of my ancestors arriving on the same ship will have to wait.

For it may not be the actual story at all. 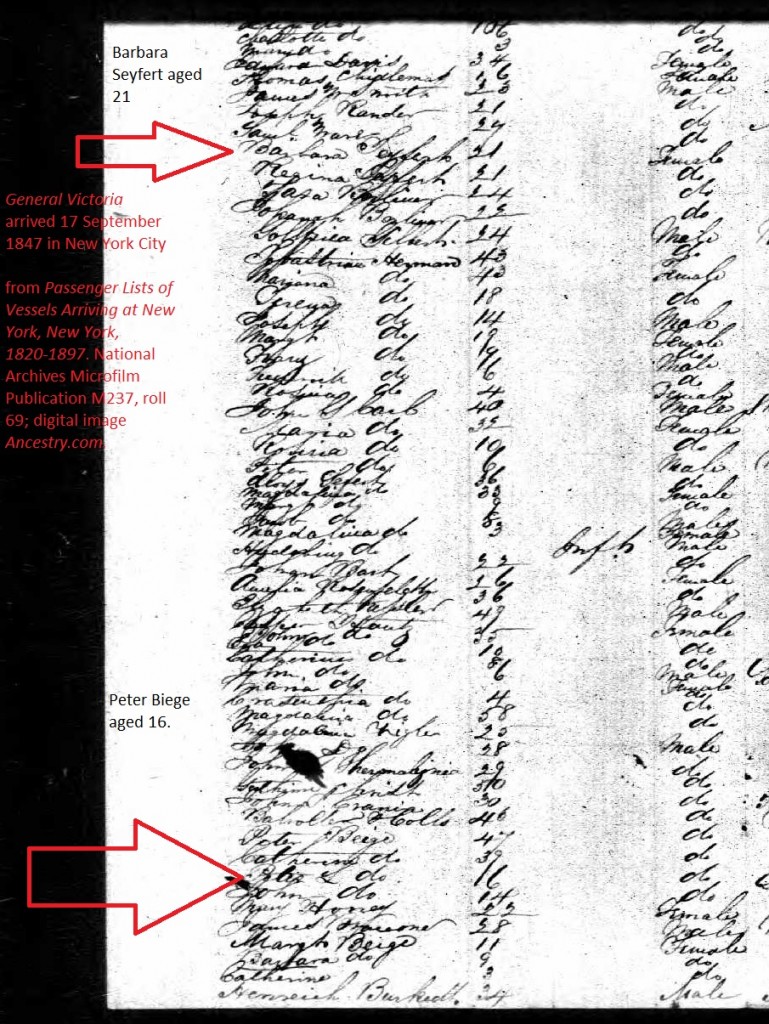