Today’s Genealogy Tip of the Day included an image of a list of children with their dates of birth for Union Civil War veteran William Lake (Company I, 49th Missouri Volunteer Infantry). The list was not created for genealogists and it was not simply busy work generated by the pension office.

The list was submitted by Lake in response to a mailer from the government as he was already receiving a pension at the time the list was requested. Not every pensioner provided the information, for a variety of reasons. 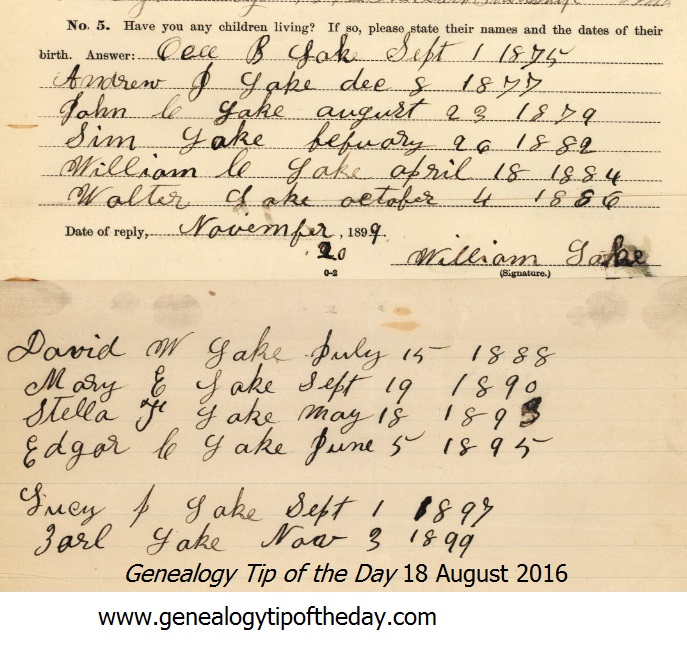 The request for information was pre-emptive.

Because sometimes after veterans died, “new” beneficiaries would come out of the woodwork. This way the pension office already had a list.

Lake lived long enough that his children never qualified for a children’s pension.

But the list was there, just in case he died.