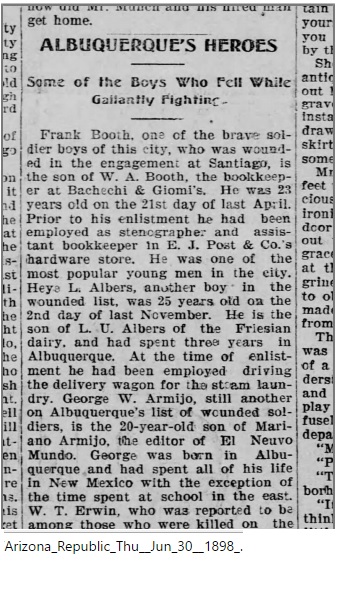 contains an update on several boys from Albuquerque, New Mexico, who were injured in an engagement in Santiago, Cuba in 1898.

The update provides little on the injuries of Heye Albers, but does provide some biographical clues about Albers and his family.

The information may be partially incorrect, especially the implied date of birth (2 November 1872) and the amount of time the family had lived in Albuquerque. I was aware his father owned a dairy, but was unaware of the name. That may help in performing Google and other searches for additional information.