It’s difficult to imagine sending your sixteen year old child to a foreign land knowing that you’ll probably never see them again. But that’s exactly what the Goldenstein family in Wrisse, Ostfriesland, Germany was preparing to do in the fall of 1873. 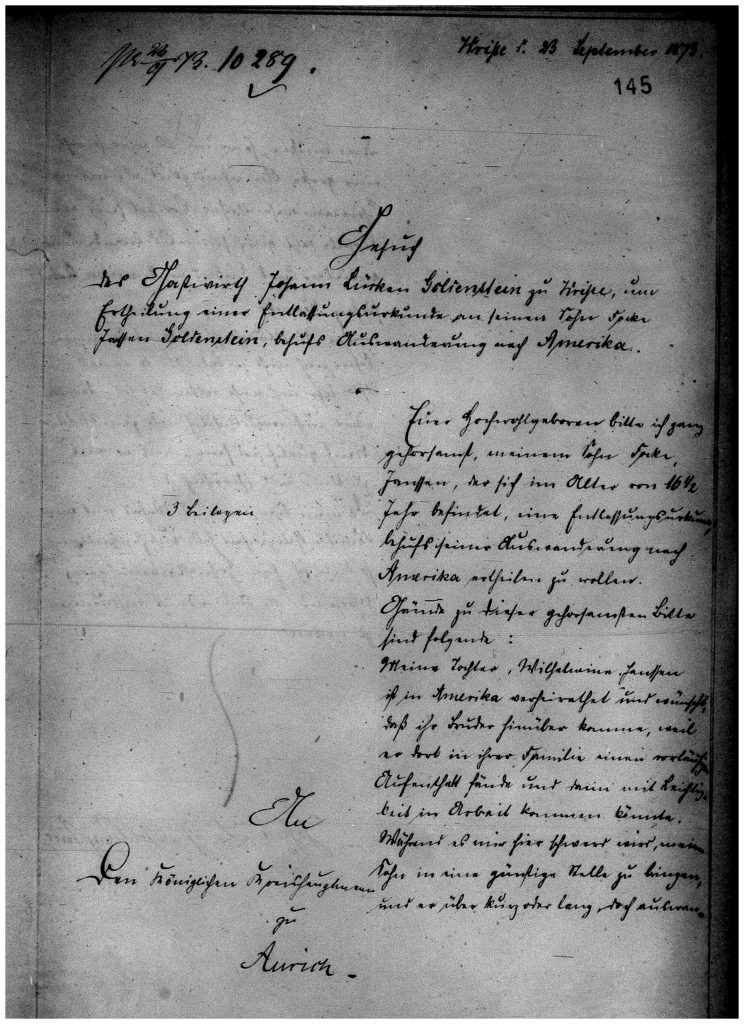 On 23 September 1873, Johann Goldenstein wrote a letter about his teenaged son, Focke. The sixteen year old was planning to emigrate to America where his sister Wilhelmina was already living. Johann’s letter addressed Focke’s age and that fact that he already had one sister living in America.

I have not had the two-page letter translated, so we will put off a detailed discussion of it until that has been done.

The emigration record from Ostfriesland (the title sheet from the microfilm is included in this post) includes a few additional pages on Focke. What is unclear from the microfilmed images I made is whether or not this was the actual letter Johann wrote–or was it a copy? There are differences between the signature and the text of the letter. The two pages that comprise the letter also appear to have been the front and back of the same piece of paper (based on the fact that the long line above Johan’s signature can be seen through on the first page of the letter).

When I made the images from the microfilm I cropped them very closely. Too closely. From my images I cannot tell if the pages were originally loose 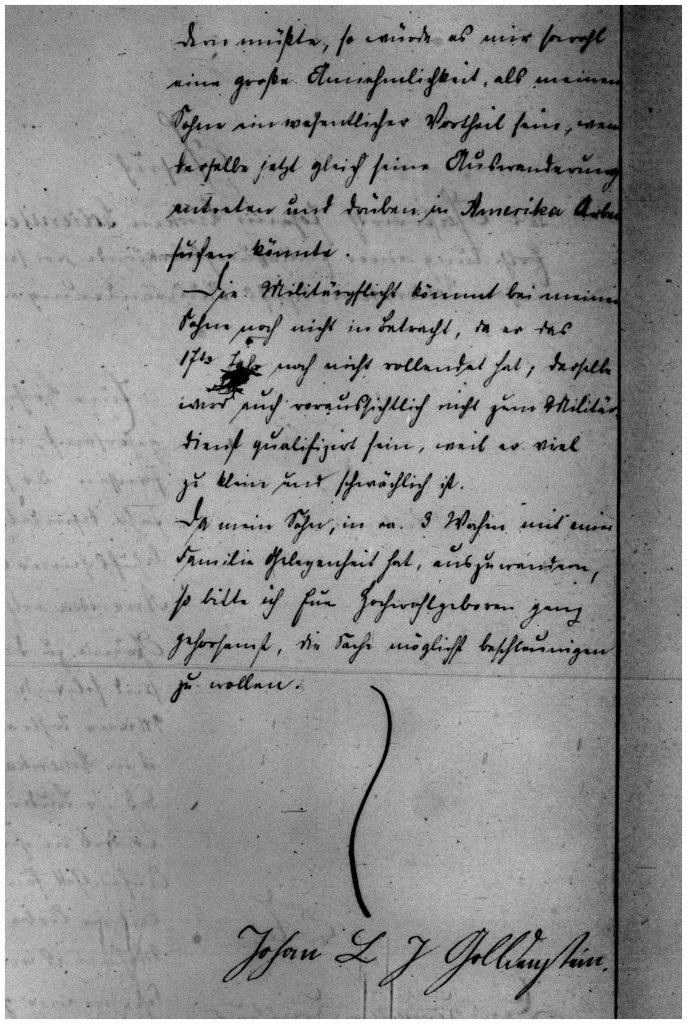 and bound into bound volumes, in bound volumes to begin with, or loose. The pages are numbered, but it’s still difficult to tell based on how I cropped the images when I made them. My attempt to be efficient has slightly hindered my analysis of the materials.

The letter confirmed for me how I will spell Focke’s name when referring to him in articles and other writing. While the spelling of any one name can vary, I’ll use the Focke spelling unless I’m transcribing an actual document. I’ll also make a note on my style guide of ancestral name spellings of why I chose to use this spelling.

The permissions to emigrate cover several years, but do not include all emigrants. Focke and an uncle of mine from another family have records in these files. My numerous other immigrant ancestors do not. 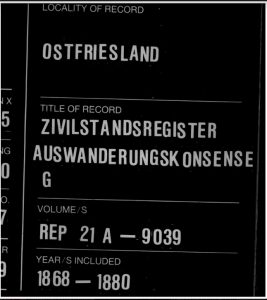 I also have to determine how to create a citation for these images. I know several things:

I thought I had everything I needed to create a citation for these documents and I probably can get an adequate citation out of these documents. But relying on memory is never advised and that’s what I’m doing in a very small way with these records. What I should have done was made one more document to put in the folder with the scans of the images. That file (which could be either a text document with typed out notes or a picture of handwritten notes) could have details about how the records were organized, what the original record keeping structure appeared to be, all the individuals for whom I looked, etc. Those are details that I need. 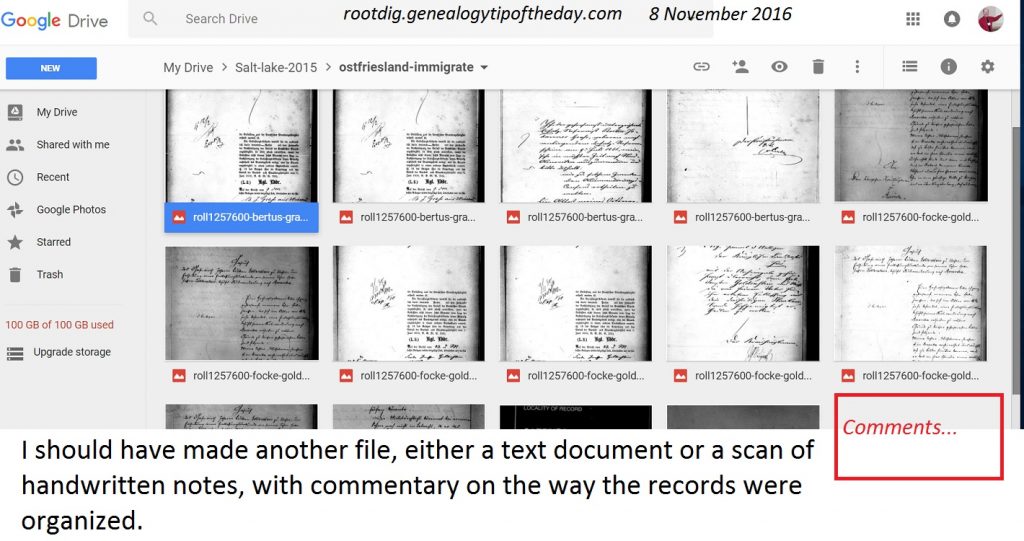 And I still need to get the document translated.