Like many genealogists with Irish immigrants, I don’t have a great deal of information on my Irish family in Ireland.

Samuel Neill immigrated as a single man in 1864, arriving in 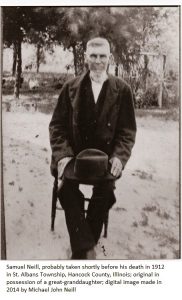 Canada’s New Brunswick Province with his married brother Joseph and Joseph’s young family. The Neills were living in Limavady when they left Ireland for Canada. Their immigration information appears in Brian Mitchell’s Irish Passenger Lists 1847-1871: Lists of Passengers Sailing from Londonderry to America on Ships of the J. & J. COOKE Line and the McCORKELL  Line (Genealogical  Publishing  Co., Balto., MD.  1988).

Samuel’s brother Joseph was married in Ireland before the family’s immigration to the United States: 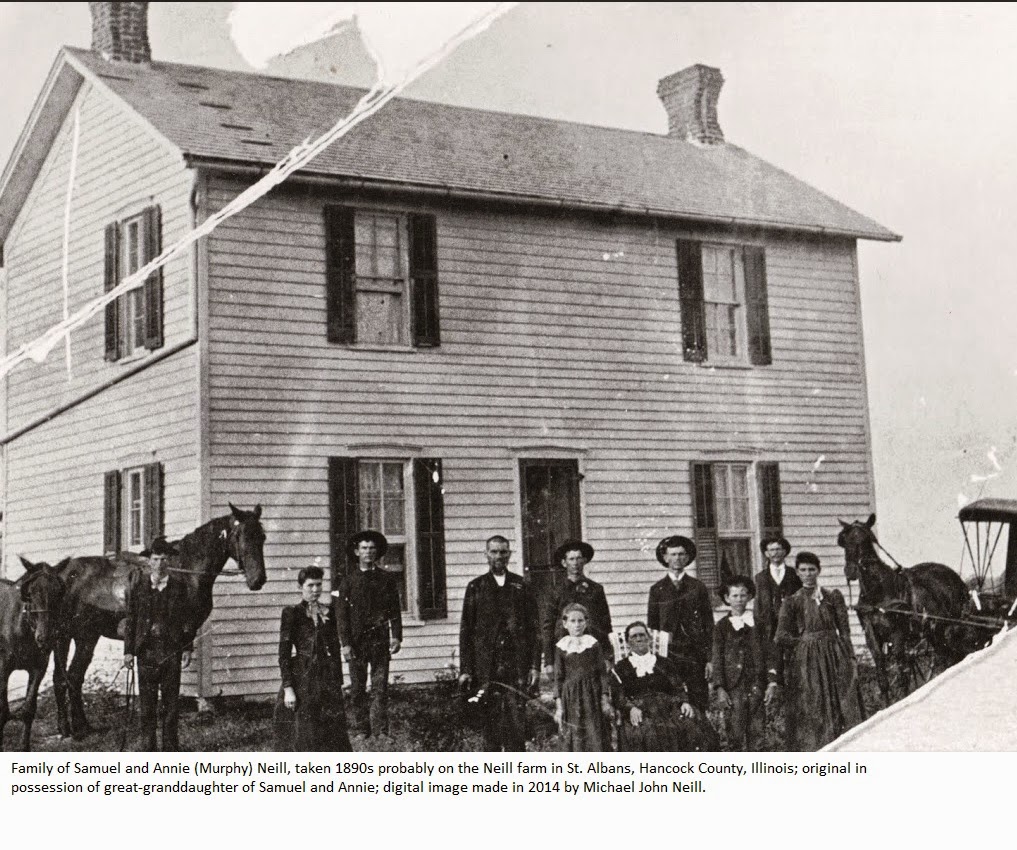 On  16 January 1862 at the Derrymore Presbyterian Church,  Joseph NEIL[sic] and Ann BRYCE[sic] were married by Wm. [JAMISON?], with witnesses  of  Wm. MC INTOSH and John ARCHIBALD.  Joseph  was  of full  age  and was a bachelor who lived in [Taques] Hill  in  the parish  of Drumachose.  Joseph was a servant, and was the son  of John NEIL[sic] who was a laborer.  Ann was a spinster of full age and  was  a servant living in White [??] in the parish of  Drumachose.  Her father was James BRYCE, a laborer.
Samuel and Annie Murphy were married in New Brunswick in 1865. Unfortunately there is no additional information on the family in their marriage record there. Nothing is known about Annie’s Irish origins other than she was born in the late 1830s/early 1840s and was a native of Ireland. The Neills moved to near West Point, Hancock County, Illinois in the late 1860s and remained there until their deaths. Research in Hancock County has not located any information related to Annie’s Irish origins. The Neills settled in Hancock County likely because Joseph’s wife, Anne Brice, had family already in the area.
Annie (Murphy) Neill died in St. Albans Township in 1897. Samuel died at his home on 17 March 1912.