There were two references to the death of Joseph Neill in a November 1906 issue of the Quincy Daily Herald, published in Quincy, Illinois.  One item referenced the accident in which he was killed and the second reference was to his wife’s parents going to the town where Joseph and his wife were living. 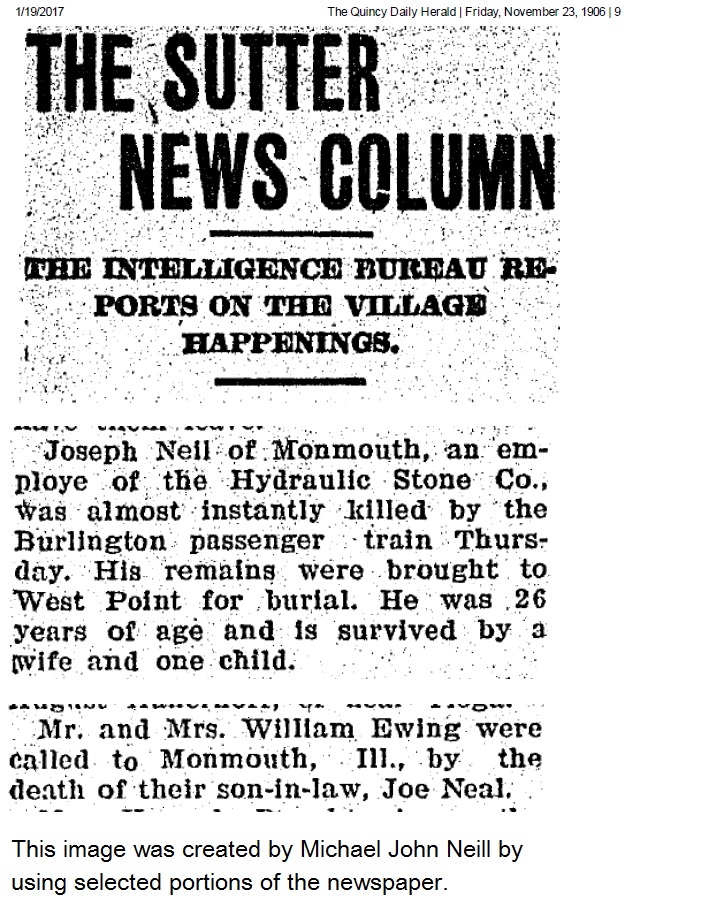 Others may choose not to modify the image from the original. For that choose to, commentary to that import needs to be included in the image.