originally published in August of 2013 on our old site

How closely do you look for clues in the backgrounds of pictures?

When the below was enlarged, there was a faint shadow as shown in the oval: 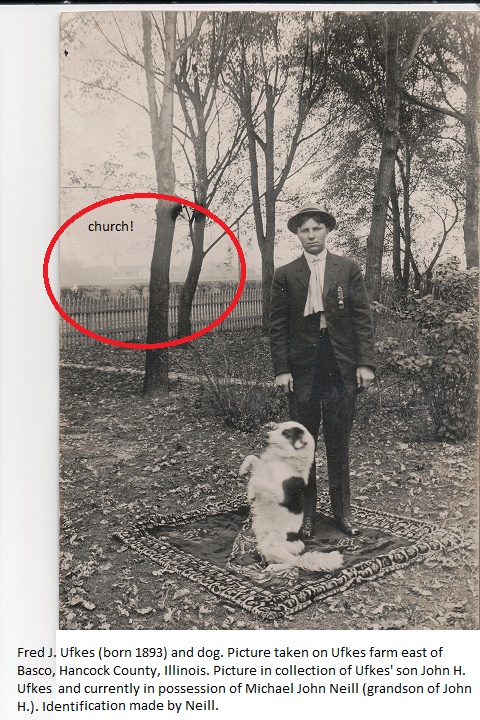 Had I not known where the photograph was taken, the church would have been a clue. It is the Immanuel Lutheran Church east of Basco in Hancock County, Illinois. The church is in close proximity to the farm on which Fred spent his entire life.

Are there clues lingering in the background of your pictures?