There are several lessons in this document.

It is the 1796 baptism for Johann Michael Trautvetter at the Lutheran Church in Bad Salzungen, Thuringen, Germany. In summary, the entry indicates that John Michael was the son of  Johann Erasmus Traut 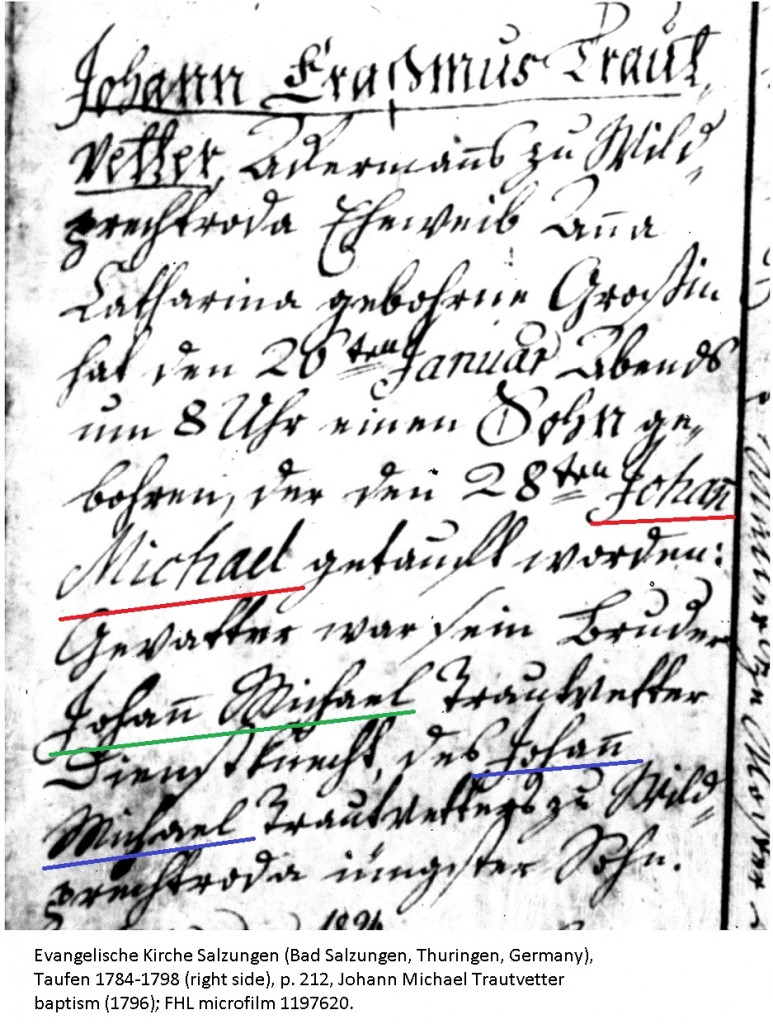 It’s not often there are three different males with the same name in the same document. Fortunately the pastor clearly referenced each one.

Just because three out of the four men in the document does not mean that the researcher is dreaming or that the references are all to the same person. Fortunately pastor made clear in this entry who was who.

Johann Michael Trautvetter (the child) immigrated to the United States in the 1840s-1850s, spending time in Kentucky and Missouri before settling in Hancock County, Illinois (where other members of his family had settled). He died in Hancock County, Illinois, in 1869 leaving no descendants. Like many from this area of Germany, he did not use the first name Johann instead using his call name of Michael in all known records in the United States.

Researching the entire family is important. If I hadn’t, I might have missed this reference to my “new” ancestor: Johann Michael Trautvetter.

Note: for a discussion of the “n” in Johann, see our previous post.