When Barbara Haase made out her last will and testament in 1902 in Warsaw, Hancock County, Illinois, she only made three marks as her signature on the document. She would have been in her seventies at the time and the marks look slightly labored. Barbara would be dead less than a year later when her will was admitted to probate in June of 1903.

One might be tempted to think Barbara was illiterate and never was able to write her own name. After all, she did make her mark. Fifty years earlier, when Barbara’s first husband died and she was appointed guardian of his children. She signed her name to several documents over a several year period as his estate was being settled.

And she wrote at least one letter in the 1884 after she had left her husband Conrad Haase. He mentioned the letter in testimony in support of his divorce in that same year. 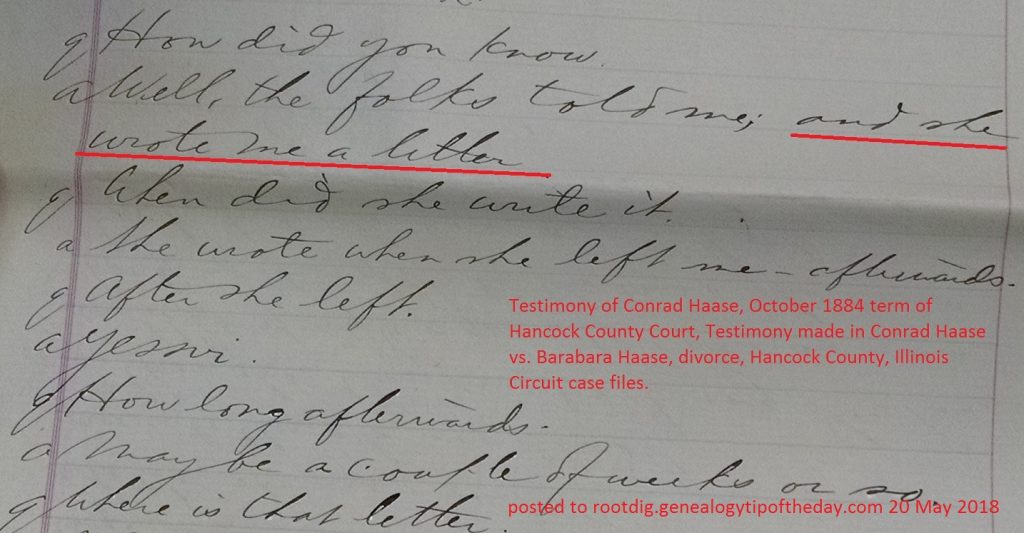 There’s a couple of points about Conrad’s testimony. It gives more details about he and Barbara other when they married and when they parted. It’s also something I had read several times before I realized that Barbara was able to read and write herself . I was focused on other information to the point where that detail escaped me.