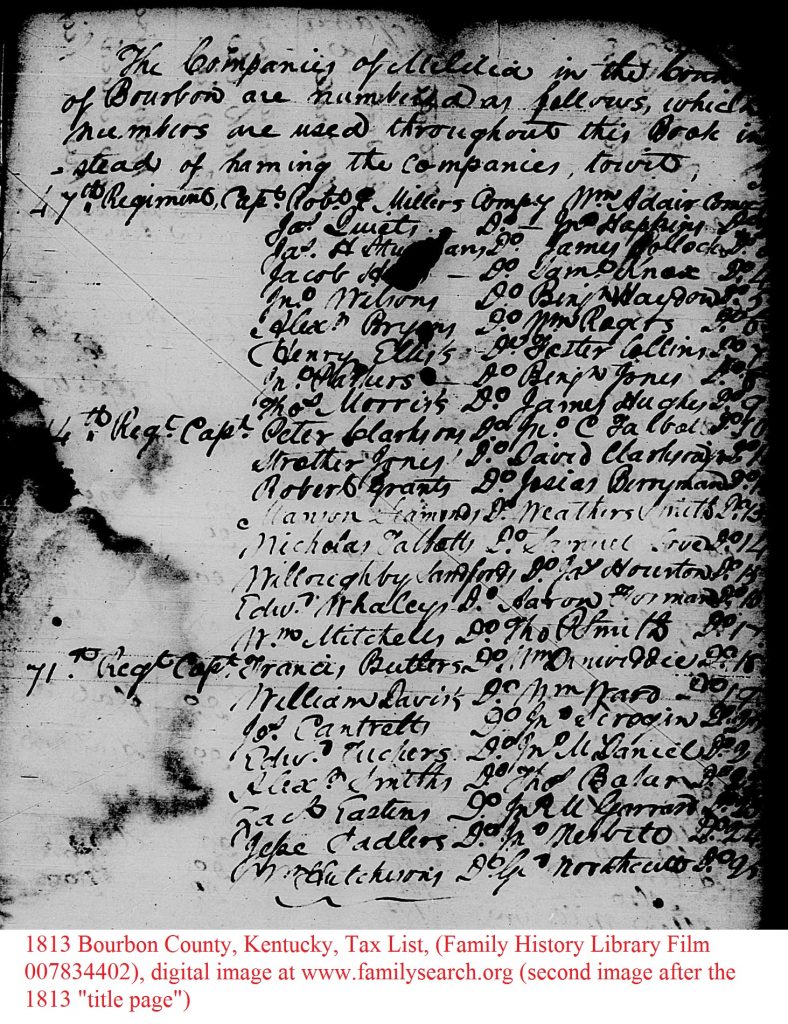 I’ve been reviewing some early 19th century tax lists from Bourbon County, Kentucky, which I’ve not looked at in several years. The first thing I did was to look at the general structure of the records. They appeared to be alphabetical order by the first letter of the last name. It’s worth noting that the structure and organization of these records could change slightly over time. If I “jump” to records in this series that were created fifty years later there may be differences in how the records are organized.  These changes are on top of any changes that may have resulted in changes in the tax system.

This review is a good idea when viewing any “new” record or any record that you’ve not looked at in some time.

This little gem was discovered in the very front of the book. It indicated to me what Kentucky Militia companies were formed from men in Bourbon County.  I had originally thought the list might help me with work on some members of my family who served in the War of 1812.

That remains to be seen.

However, there was a reason why the list was included in the front the book. That was noticed when I went back and actually read the entire heading. The various companies were assigned numbers (on the far right hand side of the page) and those numbers were used in the tax lists to indicate which militia unit an individual was assigned. It appeared that there were twenty-five companies of militia from Bourbon County-and that they were part of three different Kentucky regiments (the 47th, the -4th, and the 71st). Each company is listed with the name of a captain and a (commander?).